”I’m interested in people and what makes them do what they do, move like they move and why they are as they are.“ 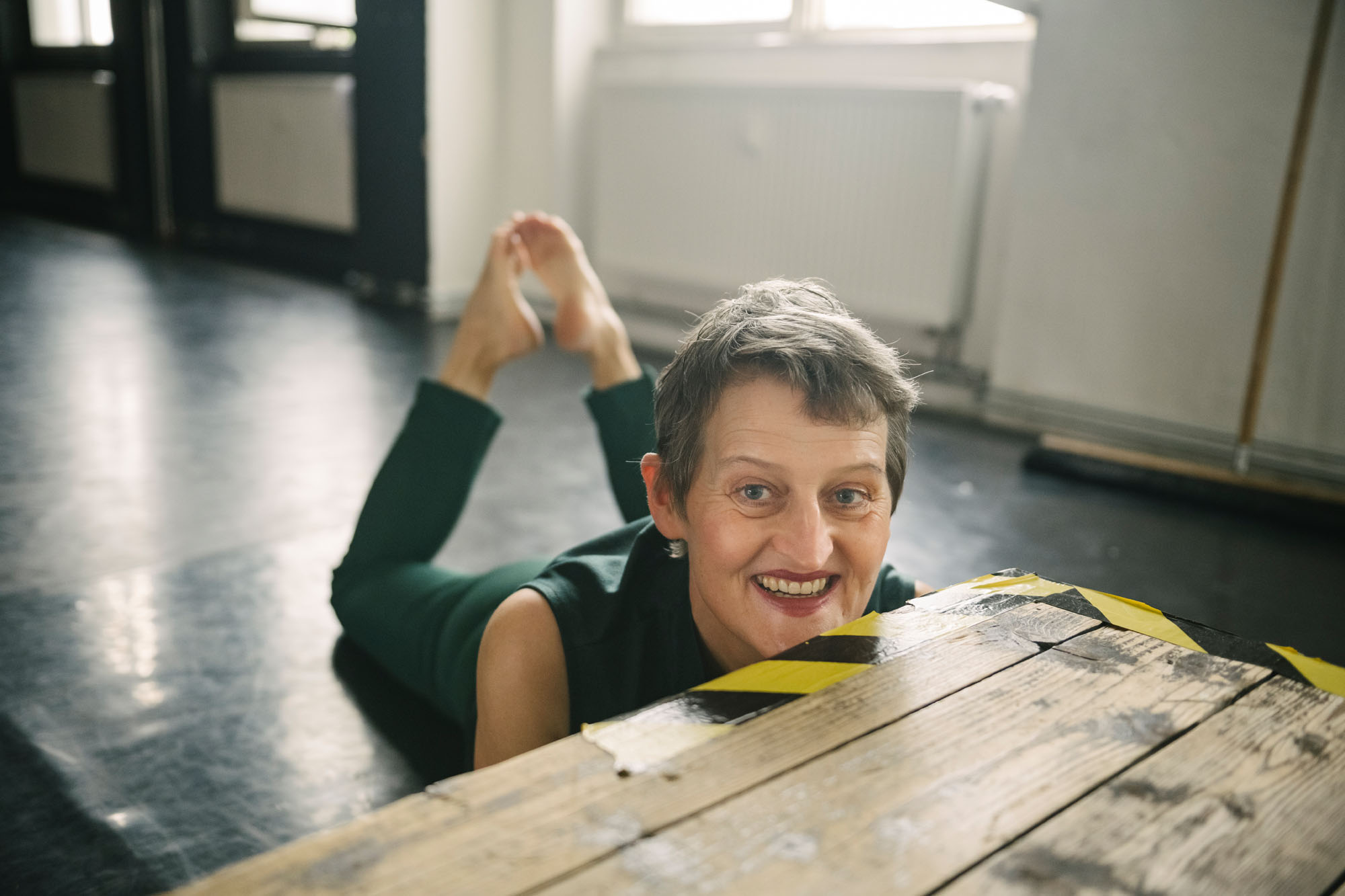 ”One of the greatest moments of off-theatre.“

”The result is a 75-minute piece, which I recommend you must see. A lesson which is both charming and and at the same time imparts a great deal of knowledge.

Dagmar Klein, review of Do you contemporary dance?, tanznetz,de, Juni 2019

”You can really enjoy this fast-moving production, which indulges in the waltz rhythm at one moment and at the next is fired-on by pop music. The fantastic ensemble, in a series of quick costume and role changes, are on top-form.“

”The overwhelming applause for the four was more than well-earned at this inspirational festival opening.
To combine serious themes with humour and playfulness is one of the trademarks of almost all of Curtis‘ works and this time it works fantastically once again.“

”What she wants to show on stage and which she always unites with a fine feeling for the absurd is „a heightened sense of reality“. Her Shakspeare trilogy demonstrated this admirably.“

Susanna Curtis* is a freelance choreographer, director, dance-artist and performer.In her work Susanna Curtis researches the source of, and necessity for, movement in the human body and its psyche.

The study of social and sociological themes form the motivation for her artistic creation, inspired by the mechanisms of desire and hate, power games and jealousy, psychological and physical illness, often deepened by reference to literary works. The relevance of humour in dance, continually exploring the use of irony, laughter and (often black) comedy is integral to all her productions,

She combines energetic movement, while juxtapositoning artistic languages, whether dance, the spoken word, music, design or film, in order to produce theatre works with a personal style. She is simultaneously exploring the relationship with, and effect on, the audience, regarding the audience as an integral part of every creative process and theatre as a live artform.

* Susanna Curtis finished her dance training on scholarship at the Rotterdamse Dansacademie (now Codarts),NL, after completing a language degree at Oxford University. Her first position as a dancer was with B.W. Gung Tanzkompanie in Ulm, and  she consequently stayed in Germany, working at Stadttheater Regensburg, Czurda Tanztheater and Theater der Klänge, Düsseldorf. In 2004 she founded her own company, Curtis & Co. – dance affairs, with Tafelhalle Nuremberg as co-producing  house. Her productions have been on tour throughout Germany  and abroad, with residencies in Scotland, Italy and France. In 2020 Do you contemporary dance? was selected for the Bavarian Theatre Days Festival. As a choreographer Susanna Curtis has worked for, among others, Tanzcompagnie Giessen, Stadttheater Regensburg, Stadttheater Trier, Junges Theater Bremen, Städtische Bühnen Lahnstein. Susanna Curtis‘ work has been recognised with several prizes:  2014 Cultural Development Prize, City of Nuremberg; 2016 Nuremberg Metropolitan Region Artist of the Month; 2017 Image Campaign Metropolitan Region, 2020 Wolfram-von-Eschenbach Prize for Culture, Middle Franconia. 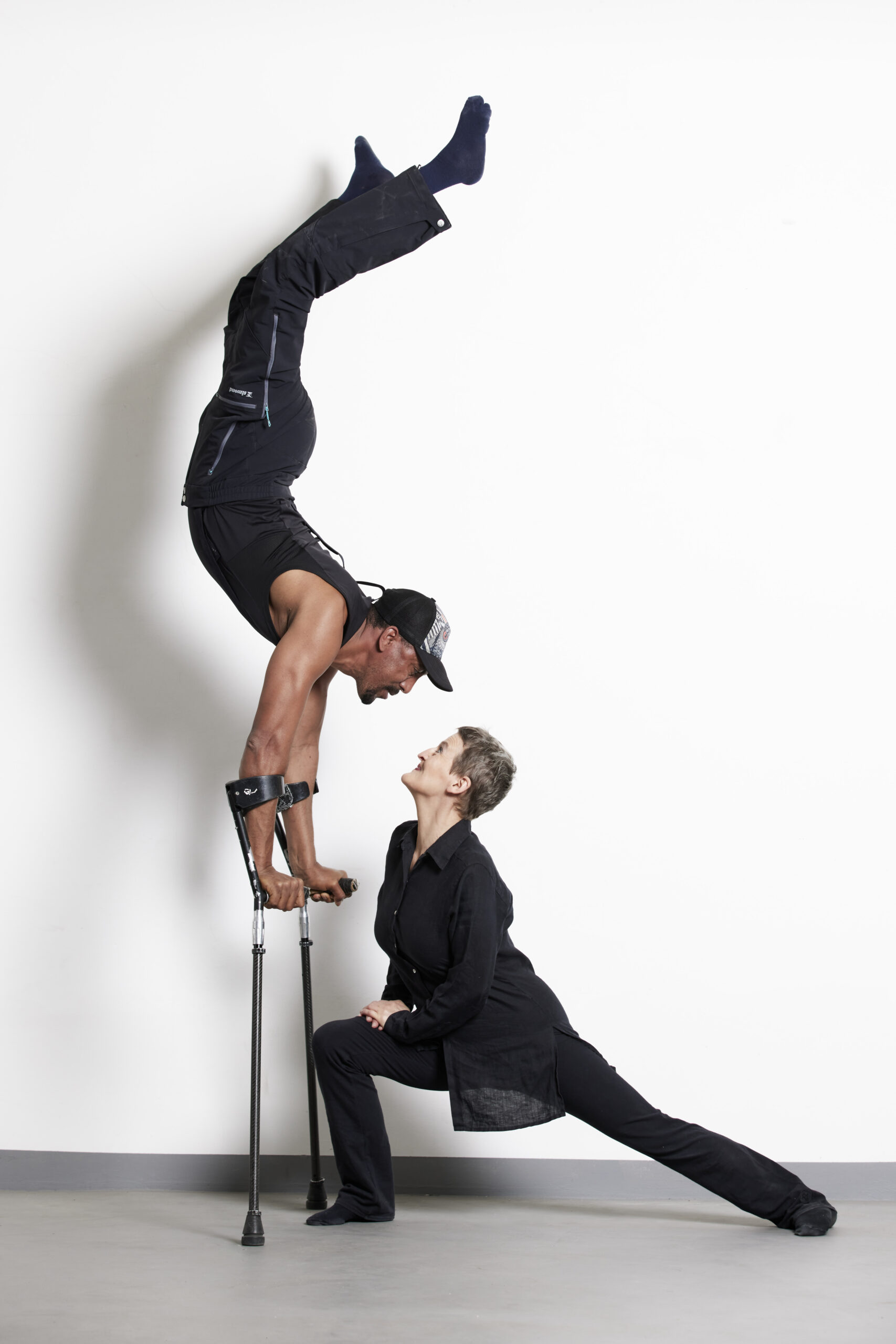 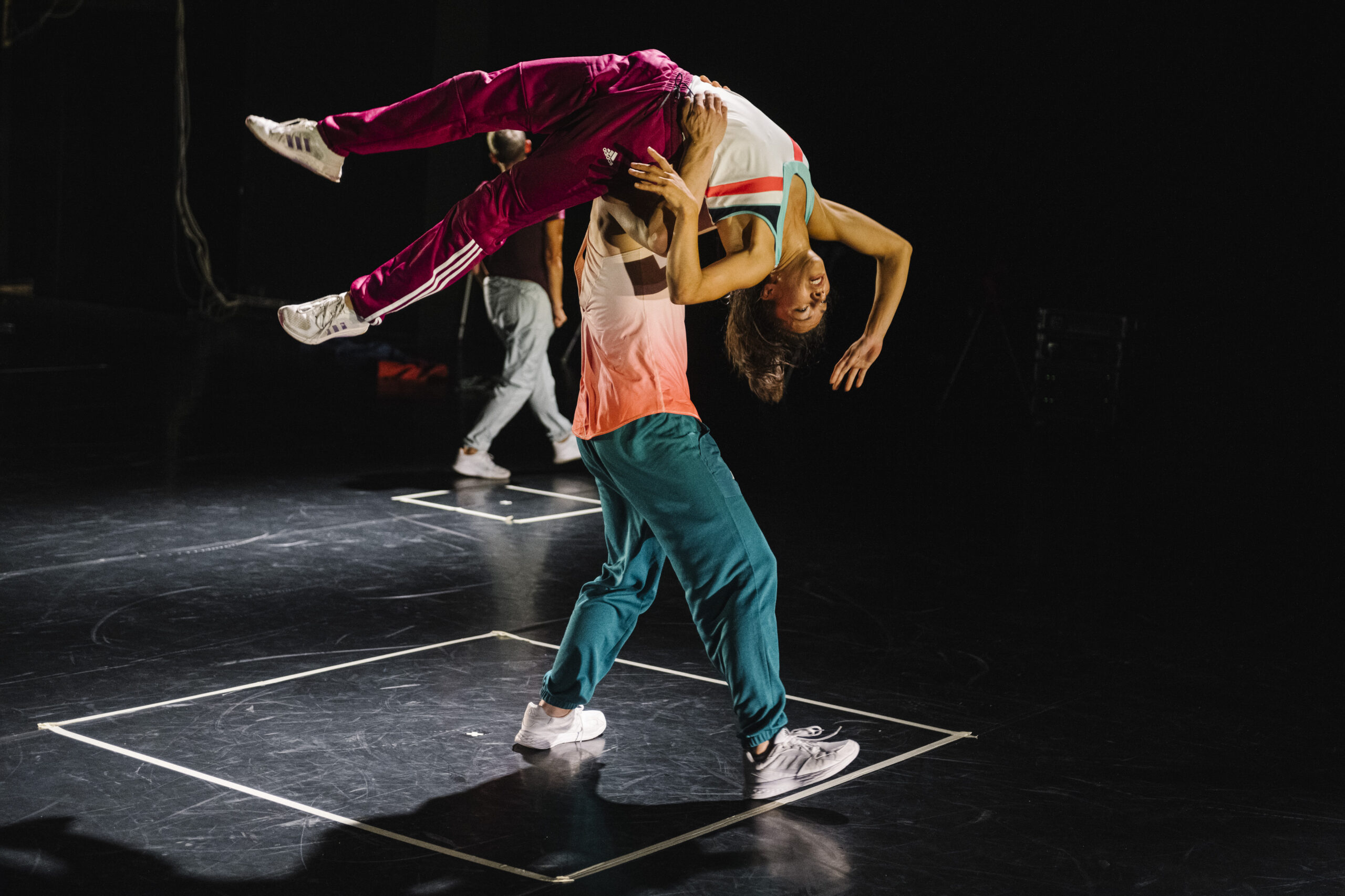 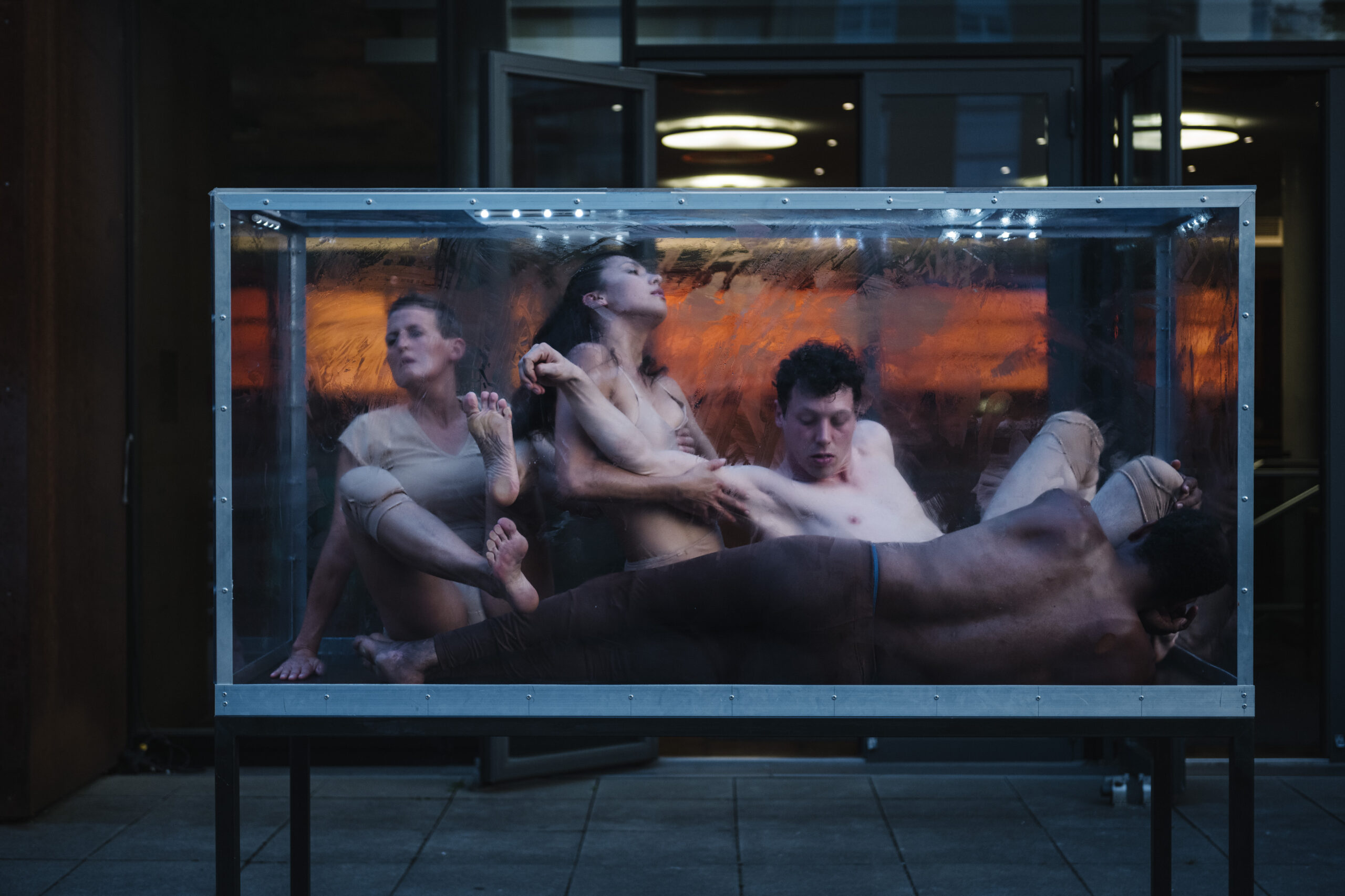 EveryBody is a mixed-abled dance and performance project under the artistic direction of the choreographer, Susanna Curtis and aims to include everybody and every body! – professional artists, amateurs, people with and people without a disability. The project, which now has charitable status, wants to kindle a passion for dance and movement and to promote the theme of inclusion and accessibility in art and culture in the Nuremberg region – by means of festivals, productions and workshops.

EveryBody celebrates the variety of human bodies, stresses the acceptance for disability and „being different“ and emphasises the high quality of work being produced by artists who have a physical handicap or learning difficulties. In this way EveryBody wants to make a contribution to a co-existence where we are able to face each other openly and to a diverse society.

What’s important is that the body is present, whatever the body, every body. That’s what gives the power.

What physical, psychological, geographical, social and political borders have confronted the four protagonists of Exploring Borders in their lives? Which ones could they overcome and where did they fail?

The mixed-abled ensemble of three dancers and an acrobat use the site-specific performance to explore their own borders and those of the performance space. Moving like animals defending their territory, or ljke humans, exposing themselves to encounters and relationships, the performers react to the (un)limited space and inspire constantly changing associations and narratives. In an age which is marked by the Covid19 pandemic the themes of borders, proximity and distance become even more topical and have been integrated into the performance.

A co-operation with the Tafelhalle  and Künstlerhaus im KukuQ Nuremberg, supported by Tanzzentrale of the Nuremberg Region; financially supported by #takeaction Fonds Darstellende Künste with funds from the Federal Government Commissioner for Culture and the Media, as part of the initiative NEW START FOR CULTURE. 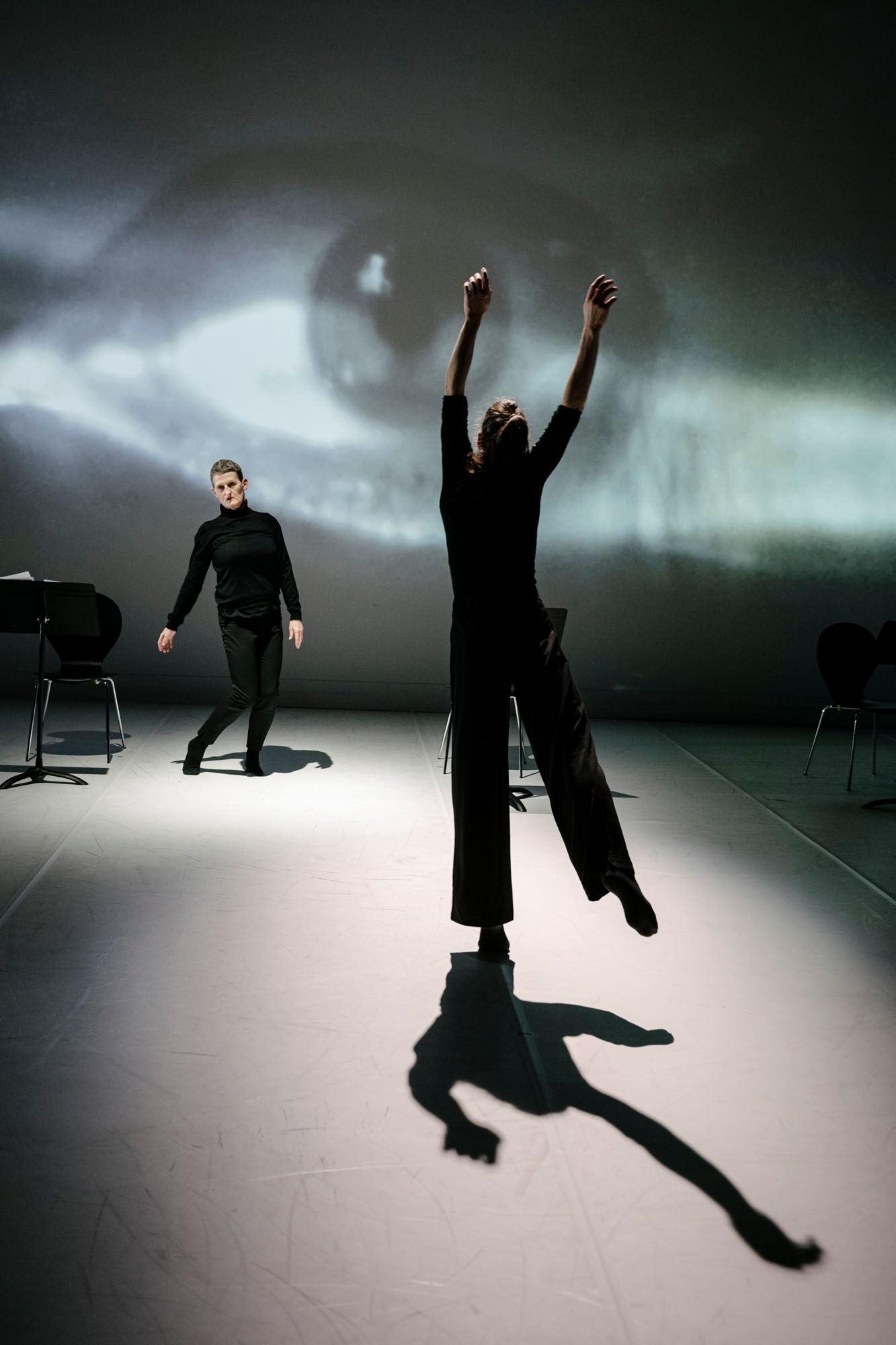 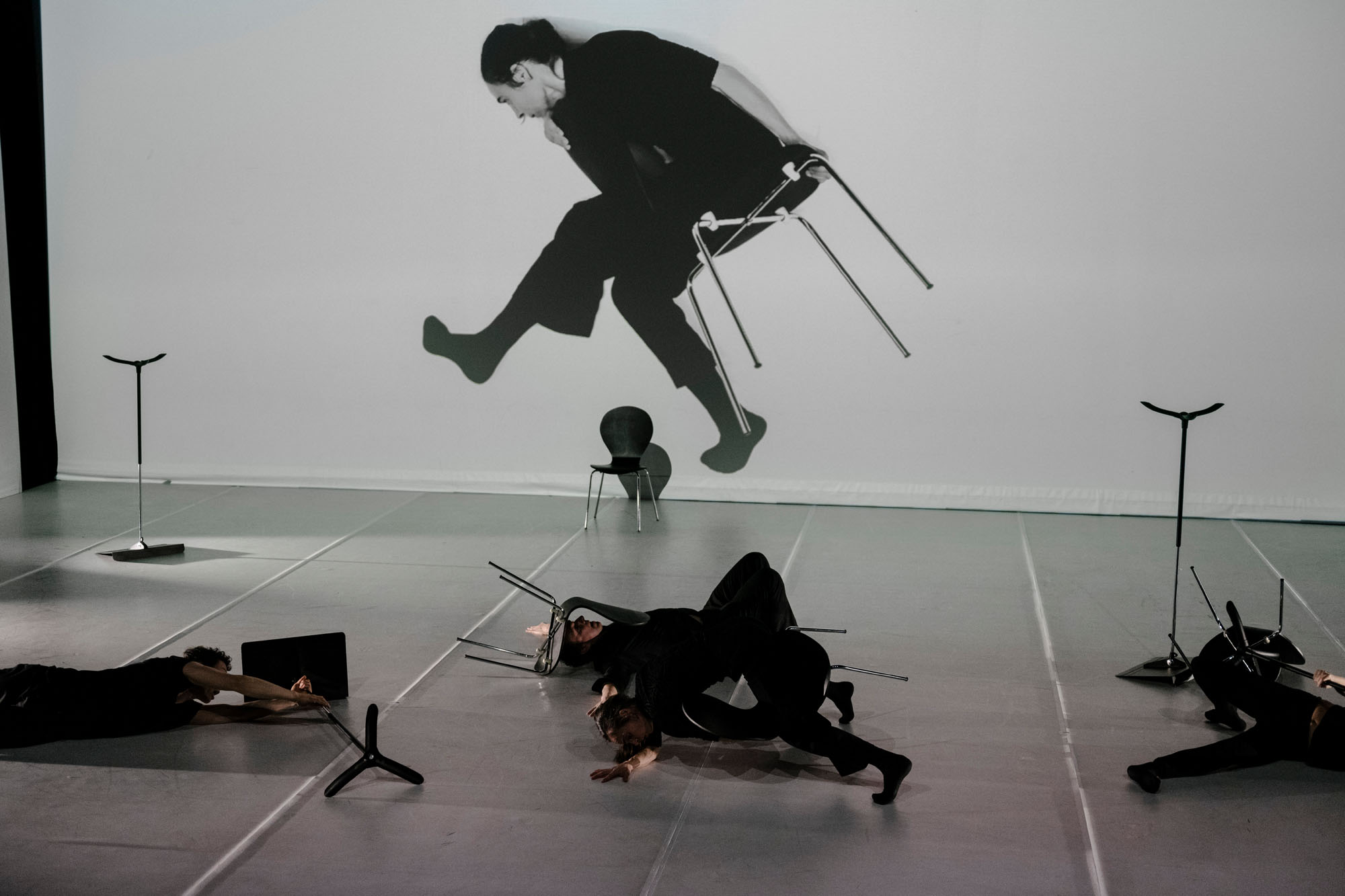 Butterfly Brain is about dementia, about the life of those whose state of forgetfulness is all too often forgotten. Butterfly Brain examines the physical language of dementia and translates the collapse and confusion of an outer and an inner world into movement. Choreographic studies portray the stages and characteristics of the illness, underscored by an absurdist text and distortive and deconstructive film sequences.

A strongly rhythmicised „score“ gives form to unpredictability. Dementia is presented as a composition for a chamber ensemble: four performers enter on stage like a quartet of musicians and tune their „instruments“ for a moving, and lively concert. Harmony meets dissonance, desperation confronts acceptance, explosive eruptions are transformed into moments of lightness, peace and ease.

Butterfly Brain is a sensitive, tender and sometimes absurd portrait, an encounter with an illness, which will affect almost all of us sometime in our lives.  . 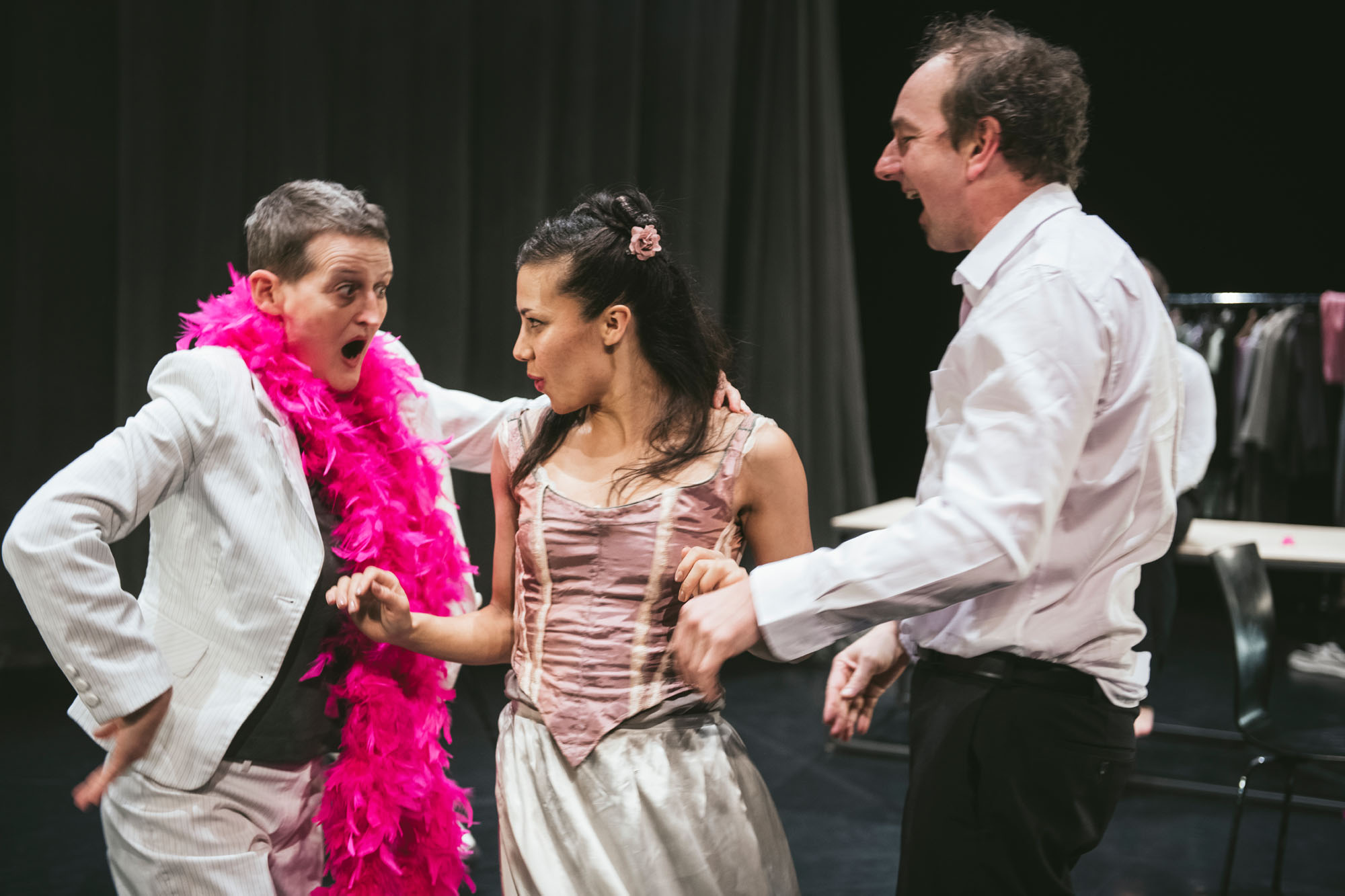 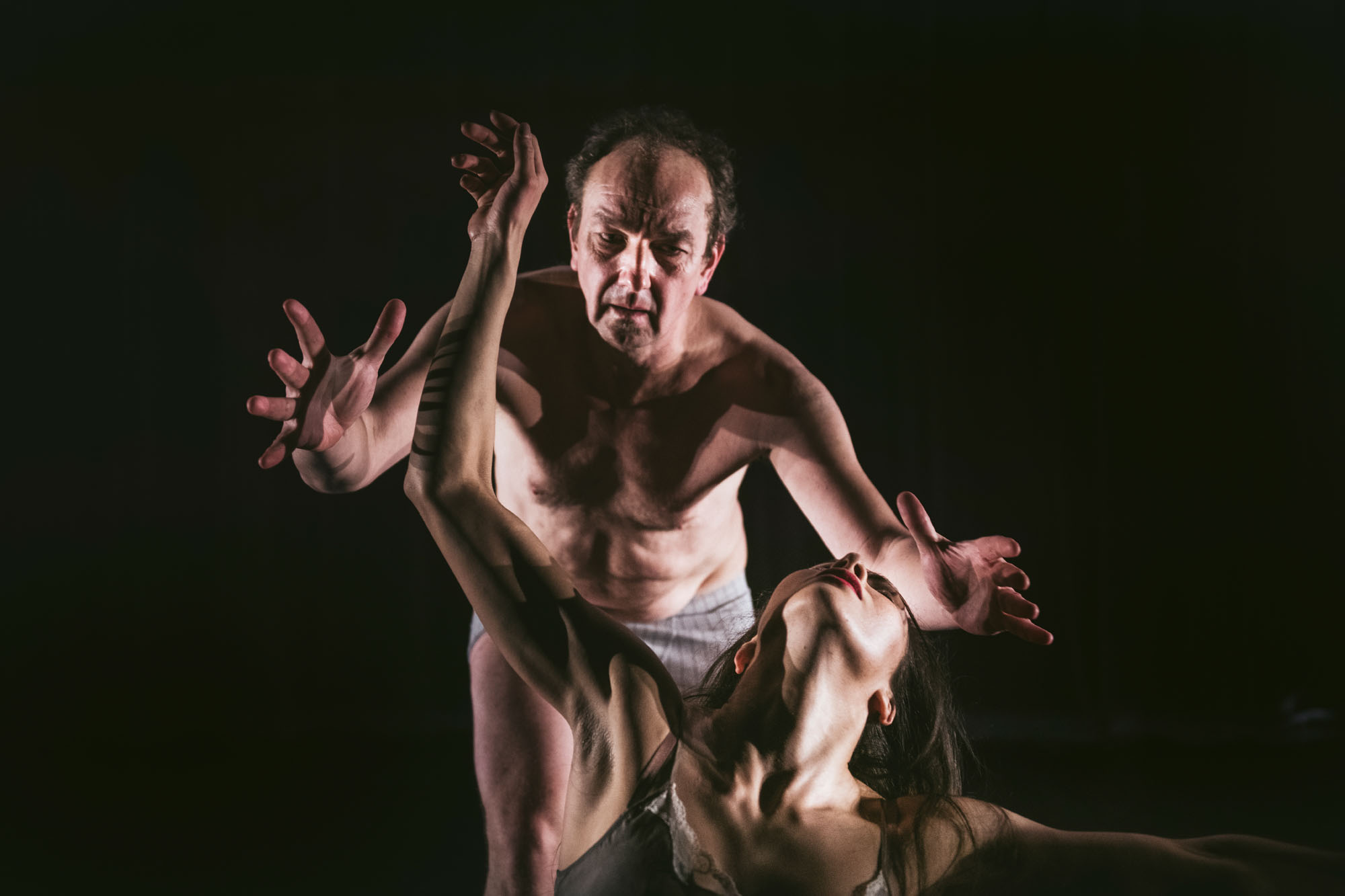 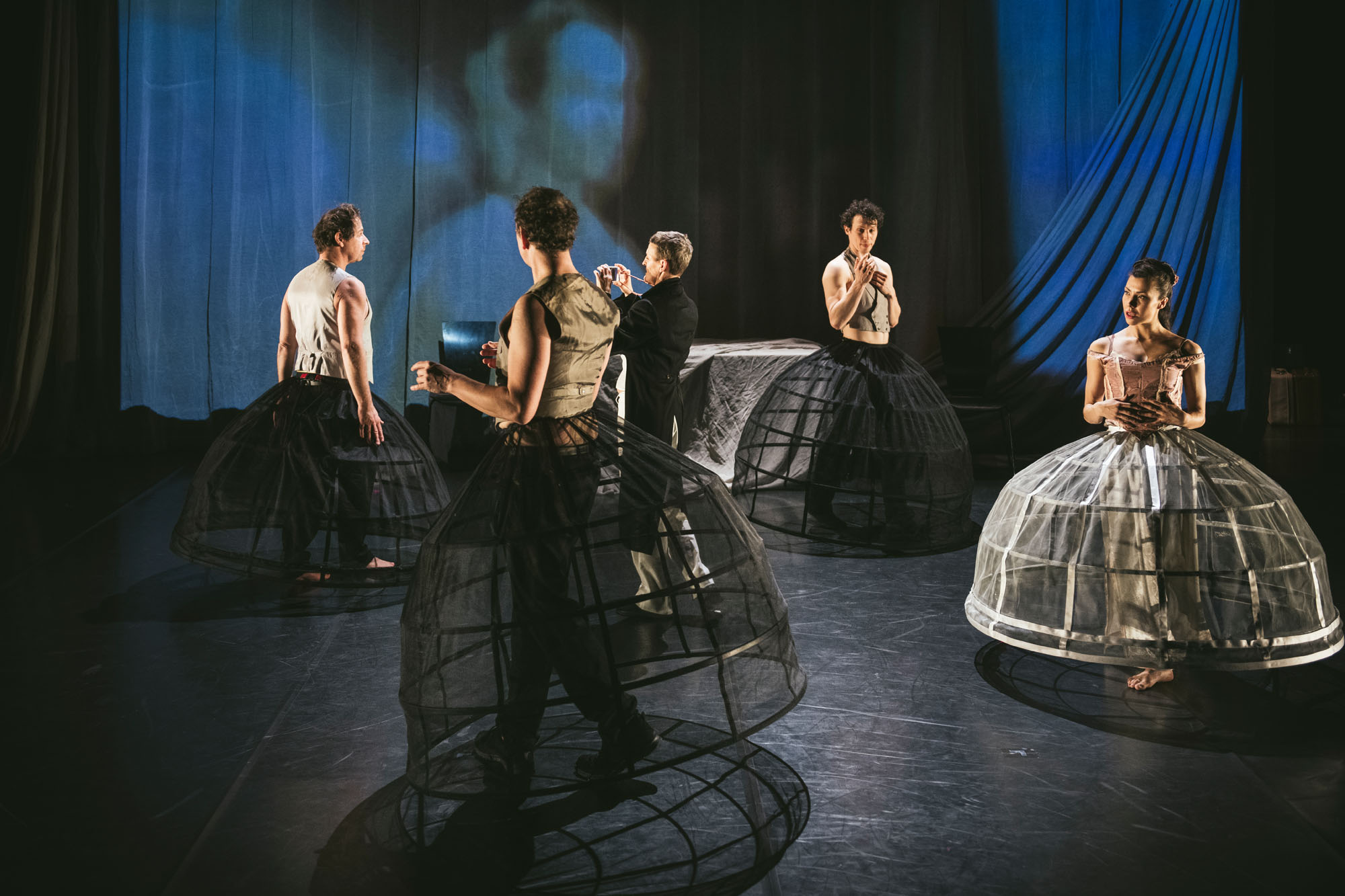 Madame Bovary, it’s me too

Madame Bovary, it’s me too, and what else can one expect where Gustave Flaubert is involved,  is about human interaction, sexuality and the taboos and no-gos from back then, juxtaposed with the changed morals of today’s society. Two women and three men examine their own behaviour, views and values in a world which is informed by political correctness, gender fluidity and #MeToo. Set in a rehearsal situation, the ensemble members use their individual talents, whether in acting, dancing or comedy, to explore the inner lives of the characters they play. Role-switching is an integral part o fthe concept. And in the background - the sweet strains of the waltz are to be heard, the dance which changed society’s mores irrevocably. 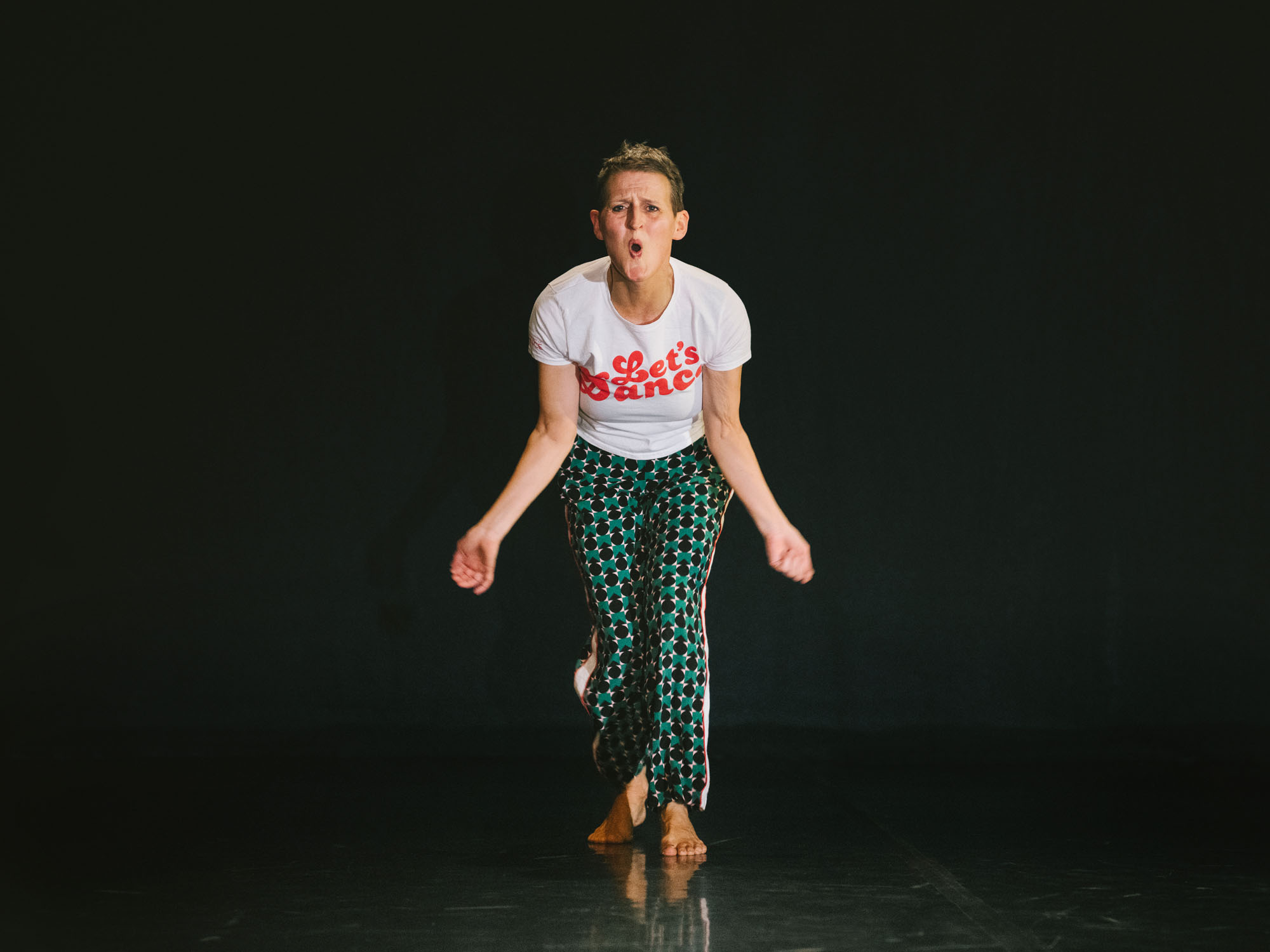 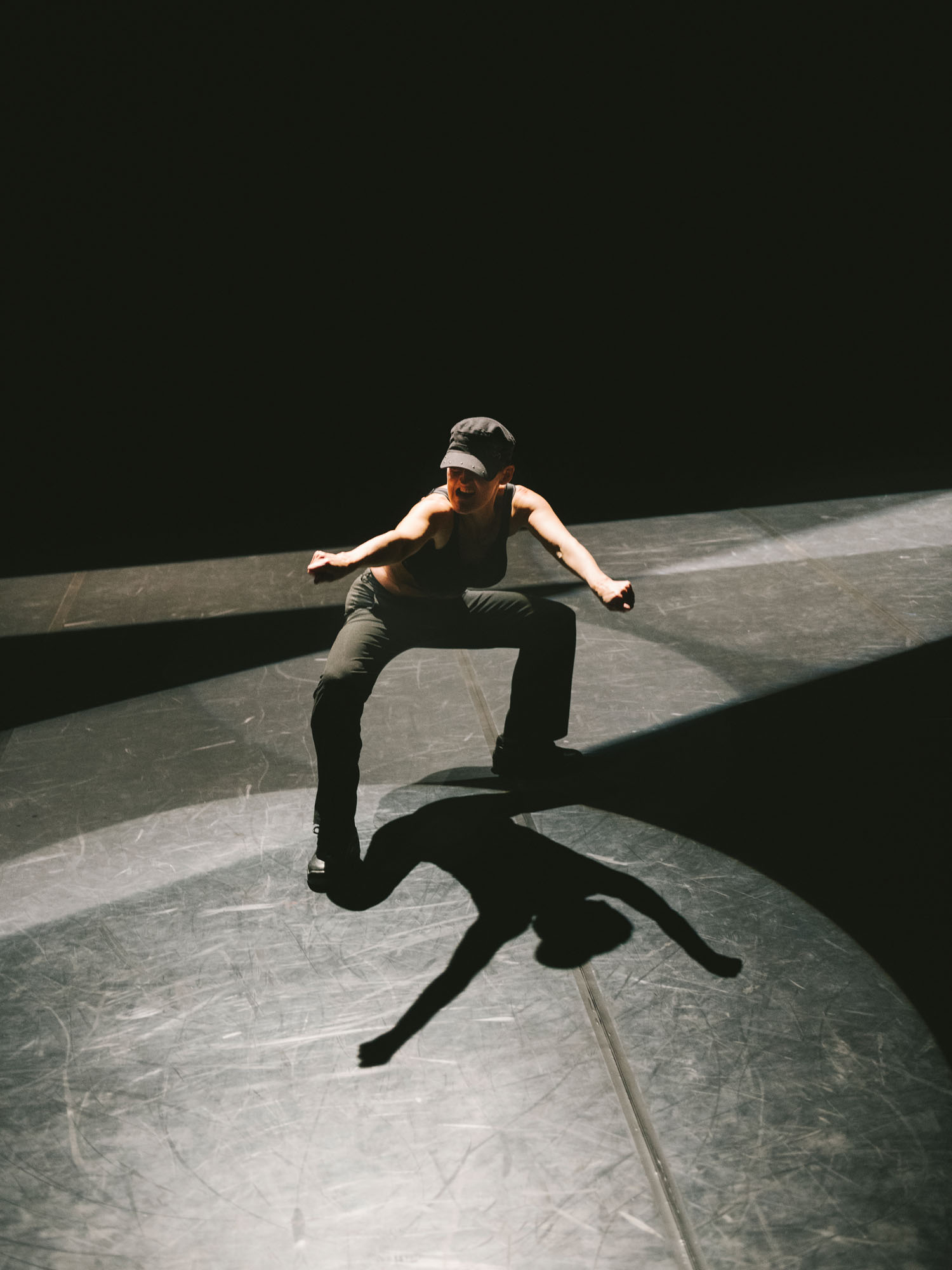 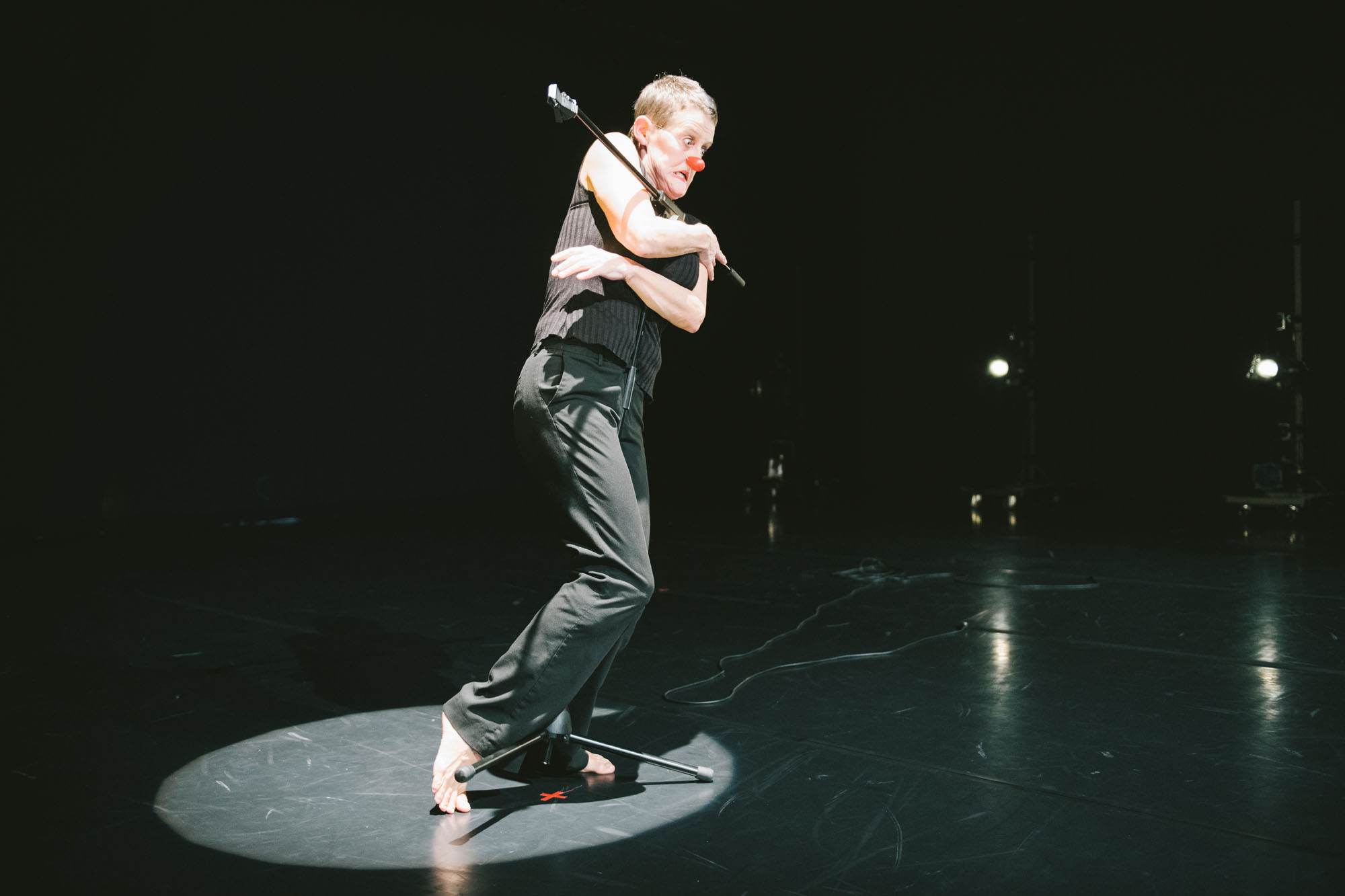 Do you contemporary dance?

In her solo production Do you contemporary dance? choreographer and dancer, Susanna Curtis, presents the results of her year-long research on the subject of contemporary dance. The audience follows the performer as she questions and searches for answers – what exactly is contemporary dance, where does it come from and why do we watch it (or not)? Susanna Curtis delves into dance, movement, language and light. Sometimes she’s philosphical, sometimes poetical, sometimes in humorous stand-up mode, sometimes deeply moving. She tells of her personal experiences and personal crises, in a career as dancer and performer spanning 35 years. She metaphorically and literally bares all to discover dance underneath the fashionable mantle of the conceptional, conceptual and the authentic, maintaining her tongue in cheek stance. And she surprises herself in revealing the theatrical magic in everyday life.

Everything you always wanted to know about contemporary dance, but were too afraid to ask – for die-hard dance experts and for dance novices.

From November 2021 enhanced by: Do you contemporary dance? – a digital handbook.

A co-production with the Tafelhalle Nuremberg , supported by Tanzzentrale of the Nuremberg Region; financially supported by City of Nuremberg, the Bavarian Association for Contemporary Dance (BLZT) with funds from the Bavarian Ministery for Science and Culture.The Digital Handbook is additionally funded by NATIONAL PERFORMANCE NETWORK – STEPPING OUT, with funds from the Federal Government Commissioner for Culture and the Media, as part of the initiative NEW START FOR CULTURE