”Do we have any relevance? I ask myself this question at a period in which we are showing tendancies of losing democracy. But we ( from the performing arts) need to stand up for democracy, for the ability to reflect democratic and liberal values. Art would perish without freedom.“ 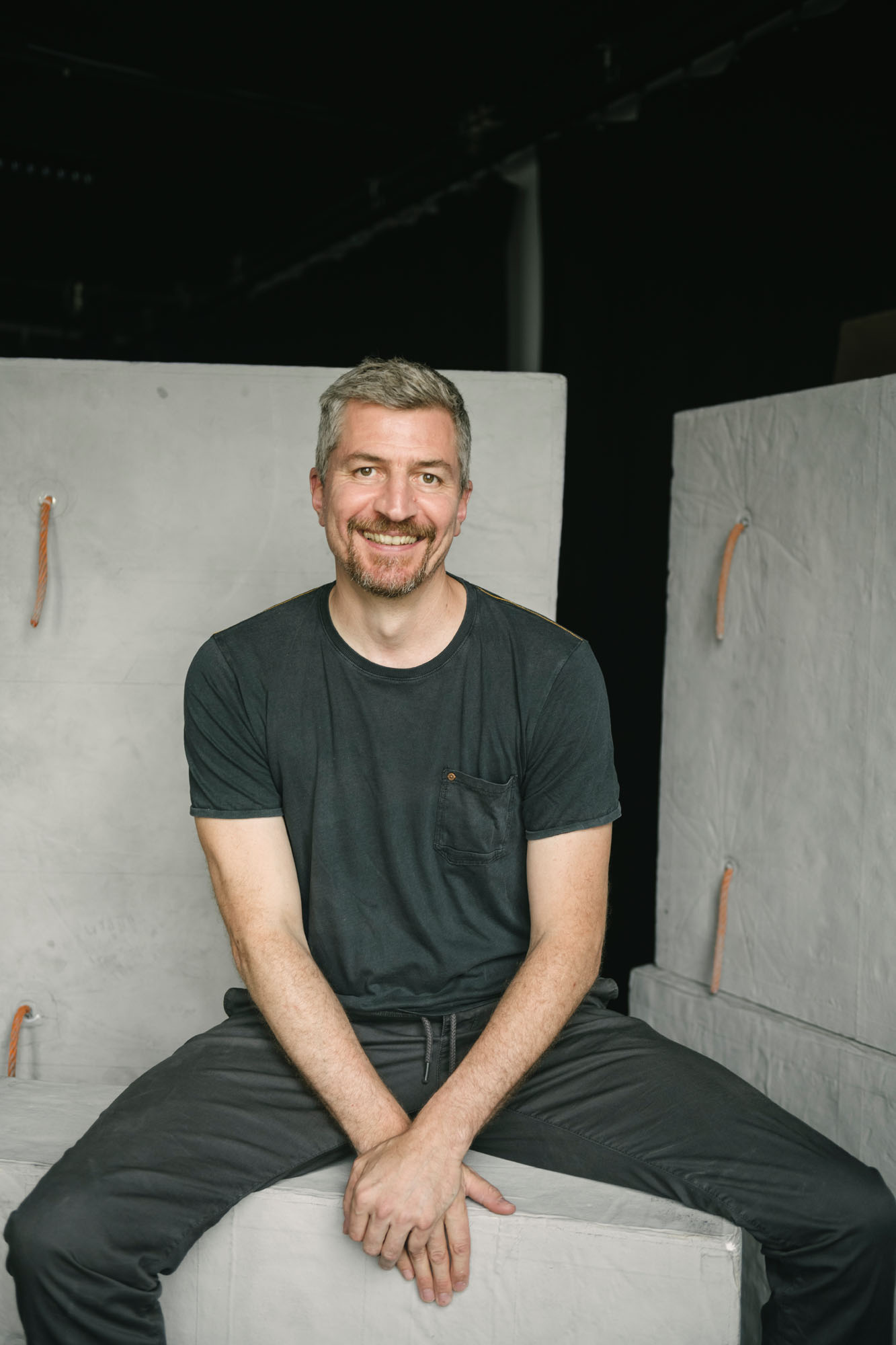 ”The ingenious idea (...): They relate in movement Eugene Ionesco’s parable-like play Rhinoceros (...) SETanztheater brings the theme up to date in  the light of ever-growing populist sentiment.(…)  Powerful and worth seeing.“

”(...) Roblotion is such a graceful, powerful dance piece, the first of three which Sebastian Eilers created for the Congress of Futurology with his company SETanztheater (...).“

”(…) this production is surely not one of those which one immediately forgets.“

A. Brock on „Death and the Maiden“, kulturaspekte.de

Sebastian Eilers* is a freelance choreographer, director and dancer.

﻿In 2004 he founded SETanztheater and since then has produced full-length, interdisciplinary works, in the genreof choroegraphic theatre, under this lable. He collaborates with regional and international dancers and further artists from various disciplines.

Research into current socially critical themes inform and create the basis for his extensive body of work. Eilers creates characters, tells stories and employs canonic material, using  experimental forms. He makes use of both classical and contemporary techniques, both analogue and digital means, and remains committed to integrating potential new audience groups. Since 2011 Sebastioan Eilers has developed his concept to bring professional dancers and amateurs together on stage, and to create coherent equal artistic encounters which spark the creative process.

* After finishing  his professional studies in dance at the Music Conservatory Mannheim, Sebastian Eilers danced at the Hessian State Theatre in Wiesbaden, under the direction of Ben van Cauwenburgh. Subsequently  he danced at the South Thuringa Theatre Meiningen, Opera House Halle/Saale and for Pavel Mikulastic‘ choregraphic theatre at the Opera Bonn, before joining the Theatre Ulm under Andris Plucis.
Sebastian Eilers also performed in numerous freelance productions and was already choreographing his own pieces in 2003, before he decided to make the permanent move to Nuremberg. He has received several awards and in 2013 he developed a complete comic-strip presentation of one of his stage pieces, together with the photographer, Marcel Kohnen, which was subsequently accepted for the Dance Archive in Cologne. 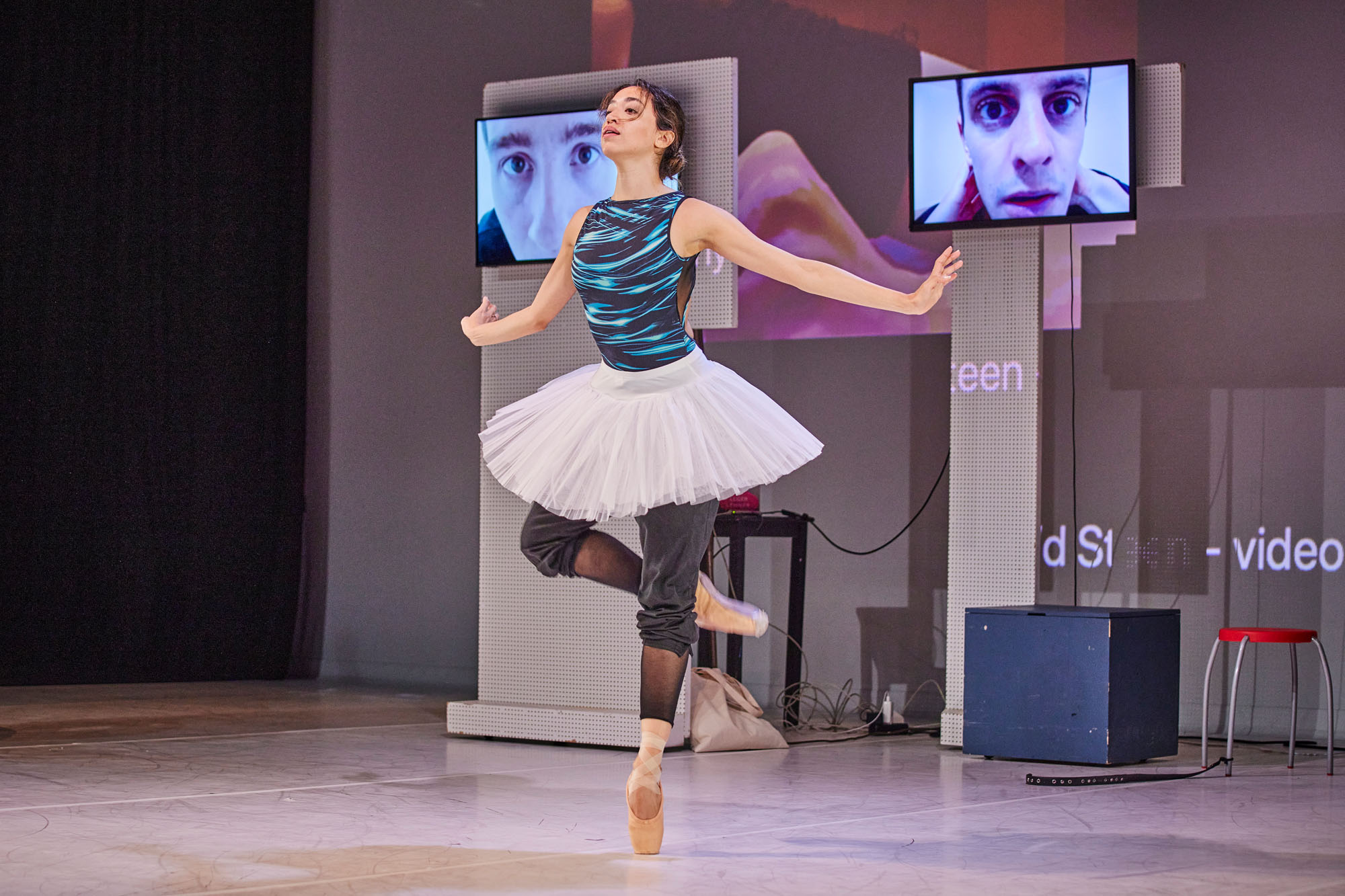 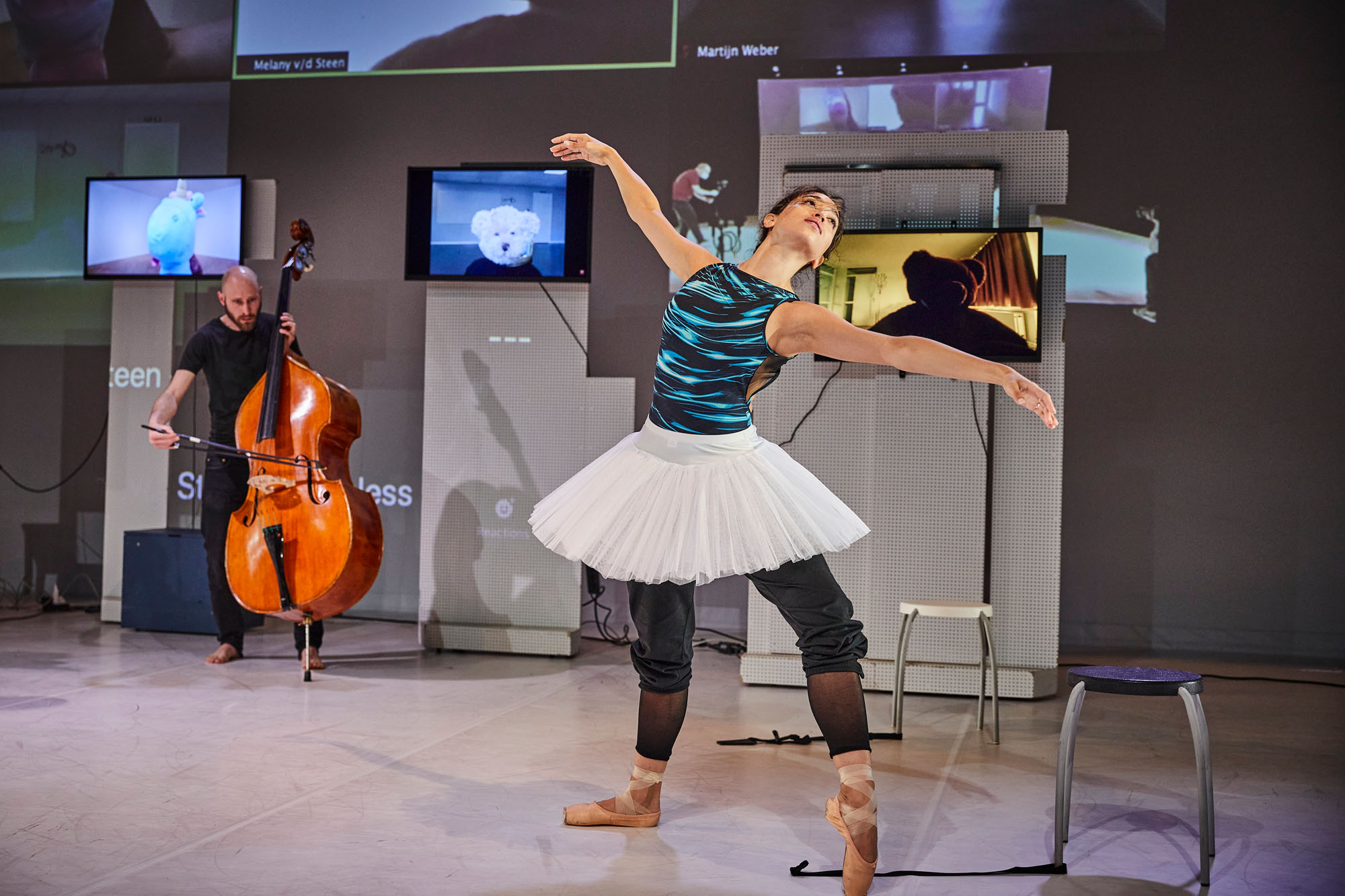 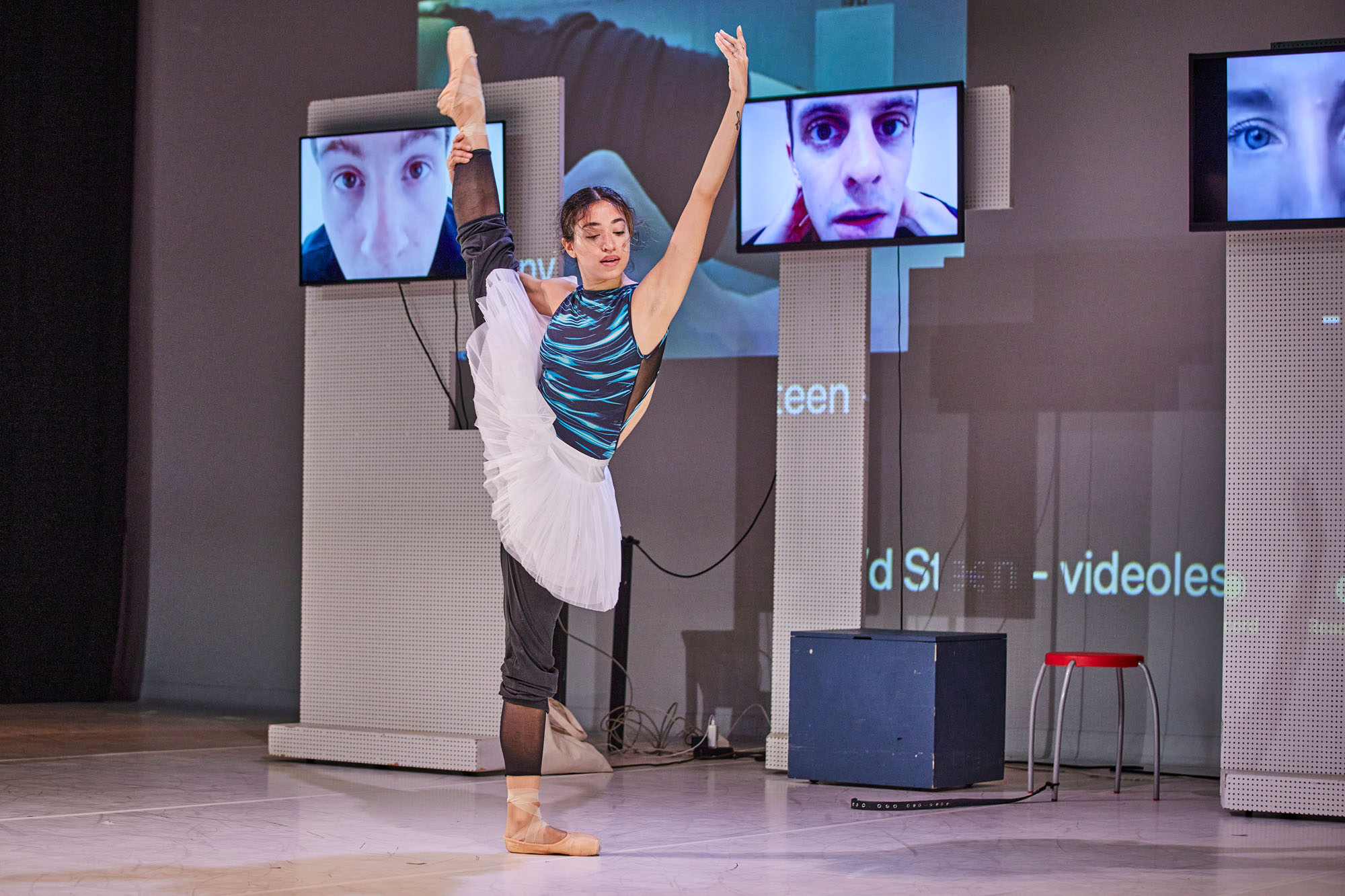 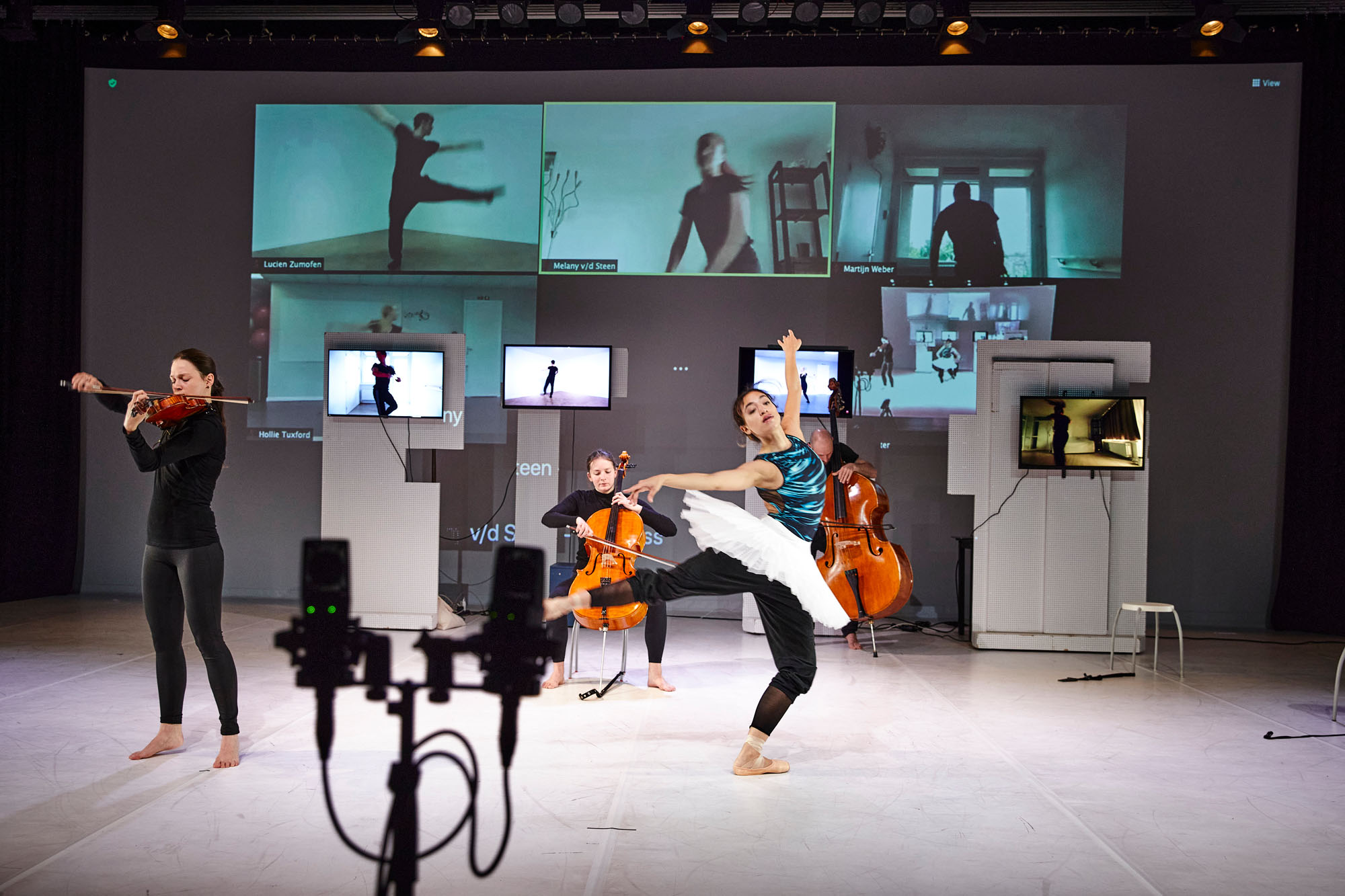 Music and dance are often nurtured by international exchange. For this reason it’s taken for granted that artists tour around the world. SETanztheater and the Trio Miosko, which is known for its crossover between new music, classical chamber music, new jazz and improvisation, have joined forces to look at this phenomenon, making use of digital possibilities and  examining the potential for sustainability in these art forms.

In the short production „trafffiXX“ traditional artistic methods meet modern technic and question the opportunities created and the losses incurred in the performing arts  by digitalistion. To specially composed live music by the string-ensemble Trio Miosko one dancer performs in situ – four additional dancers are transmitted live by video-link from their „home-offices“ in their individual European home cities. Additionally, the audience are able to stream the performance on their smartphones. An analogue-digital choreographic concert, employing an interaction of 3D and 2D, opens up new spaces in here and now from there and the somewhere else.

This project was supported by Tafelhalle Nuremberg in Kunstkulturquartier and Tanzzentrale of the  Nuremberg Region; financially supported by the NPN – NATIONAL PERFORMANCE NETWORK – STEPPING OUT, with funds from the Federal Government Commissioner for Culture and the Media, as part of the initiative NEW START FOR CULTURE. 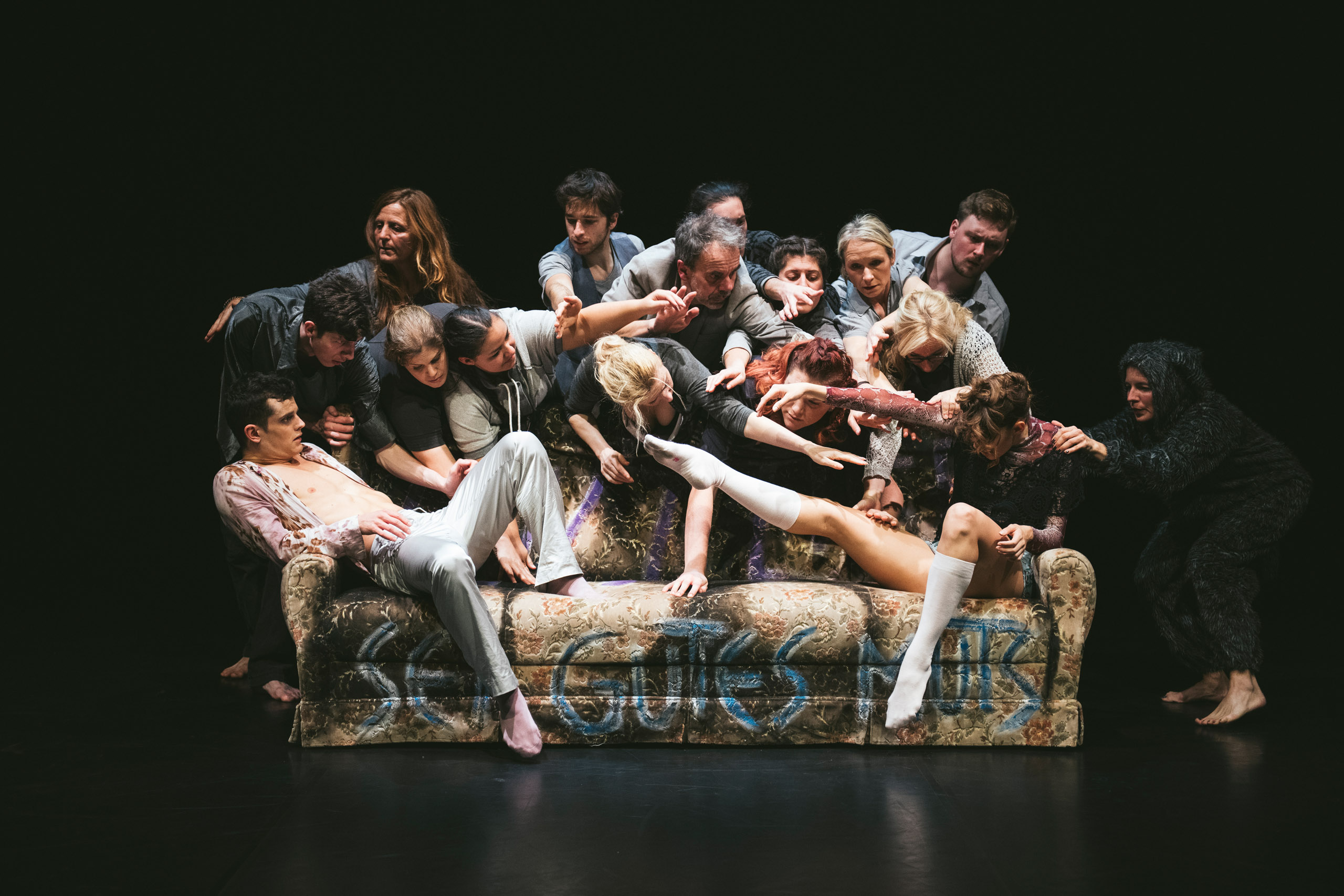 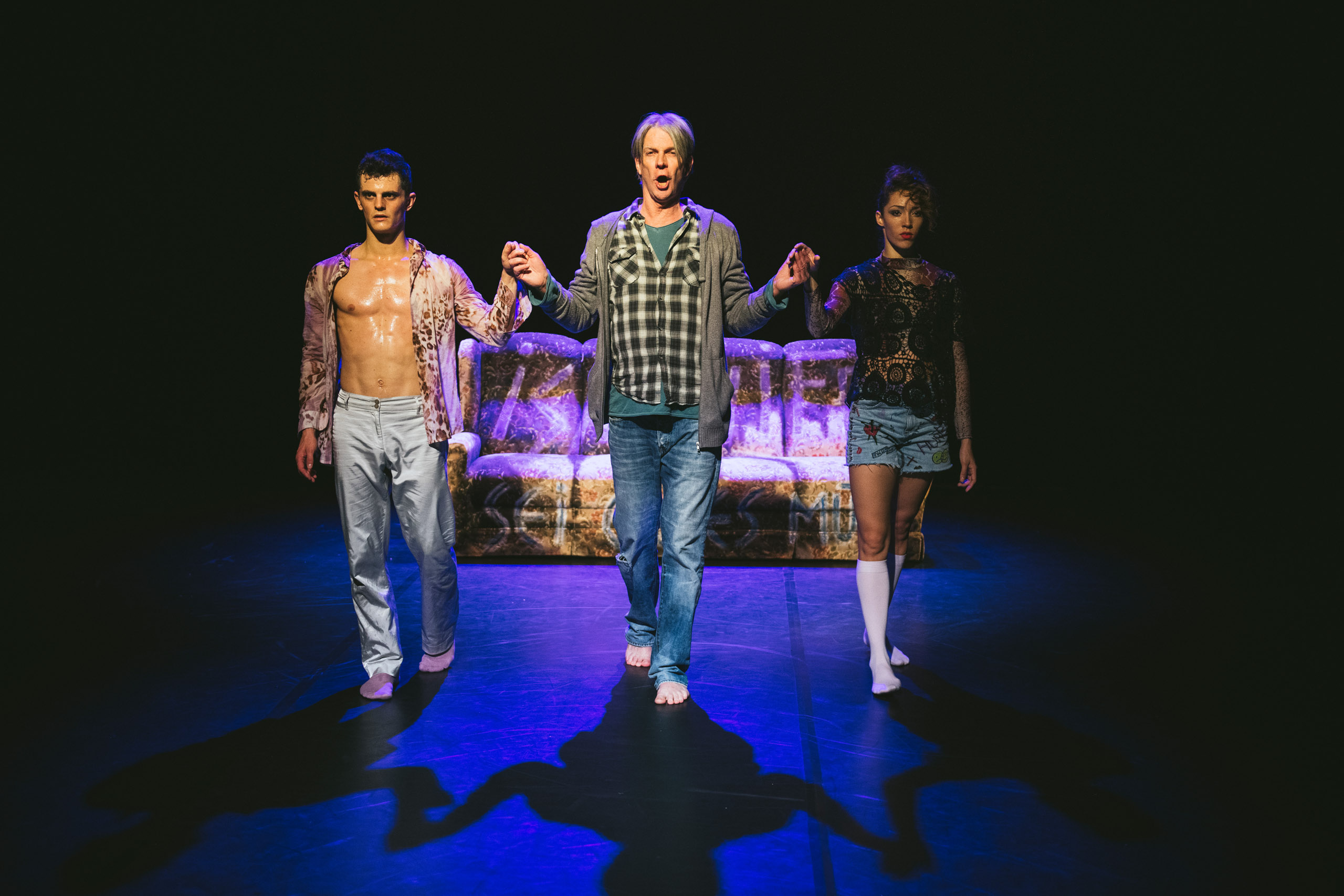 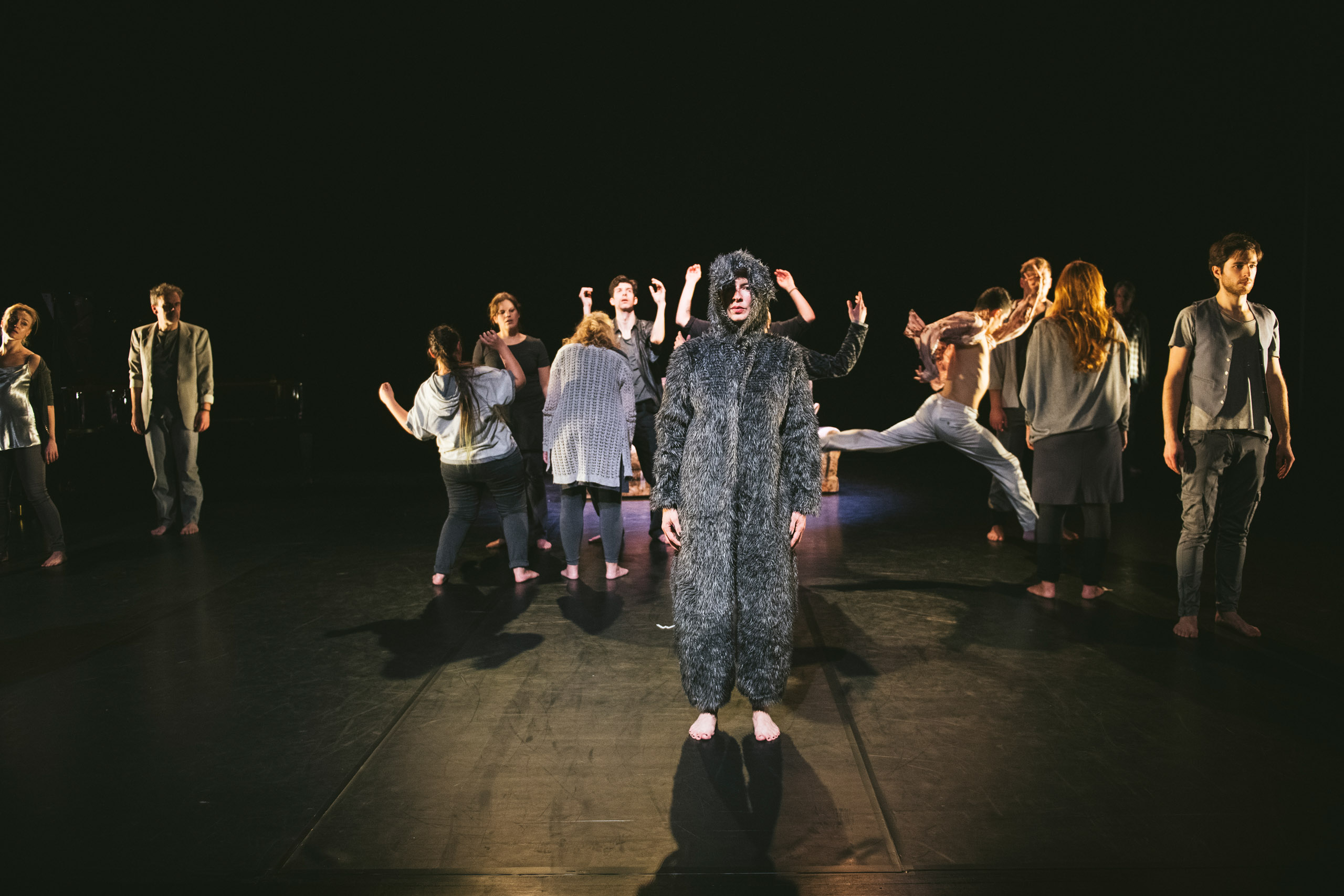 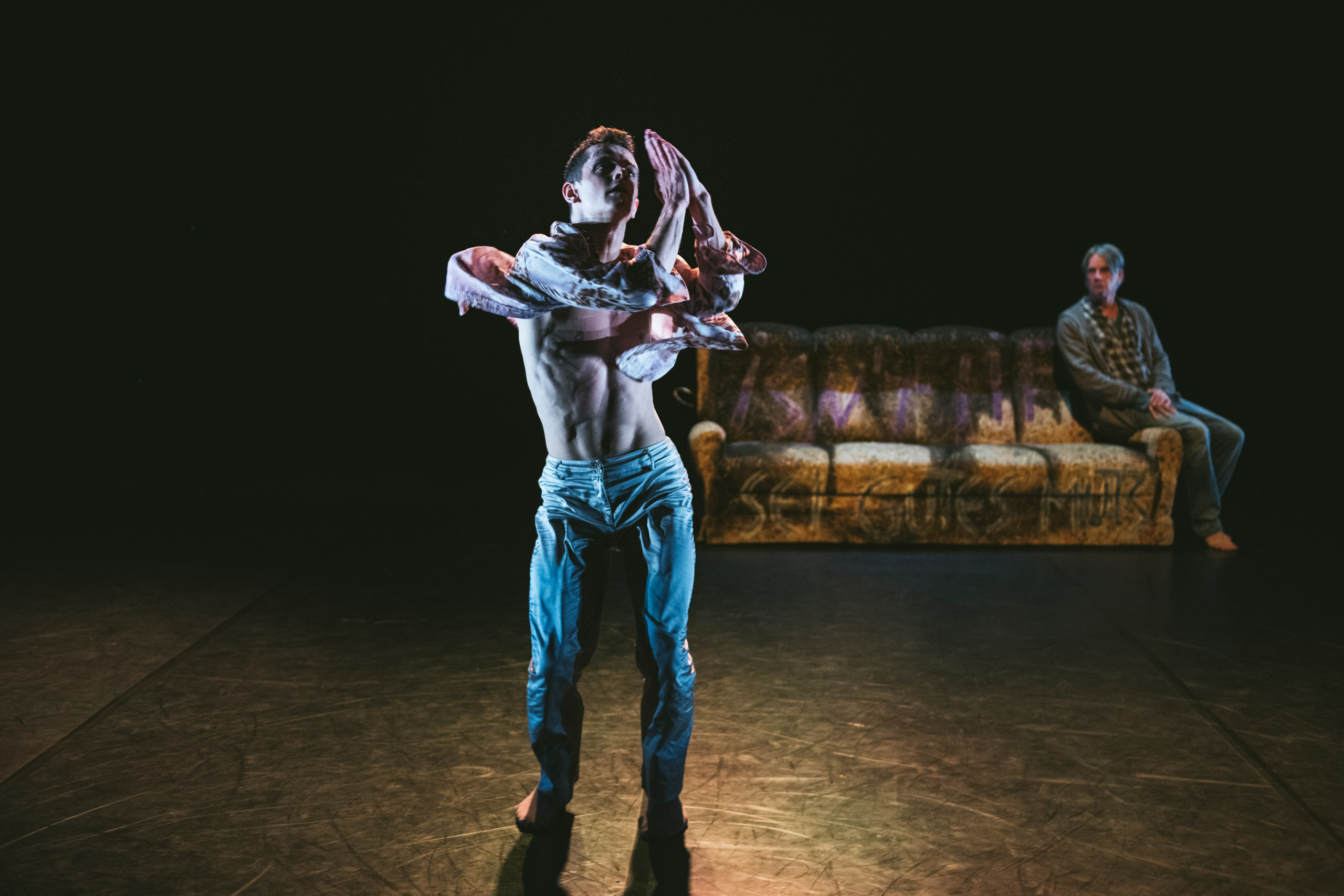 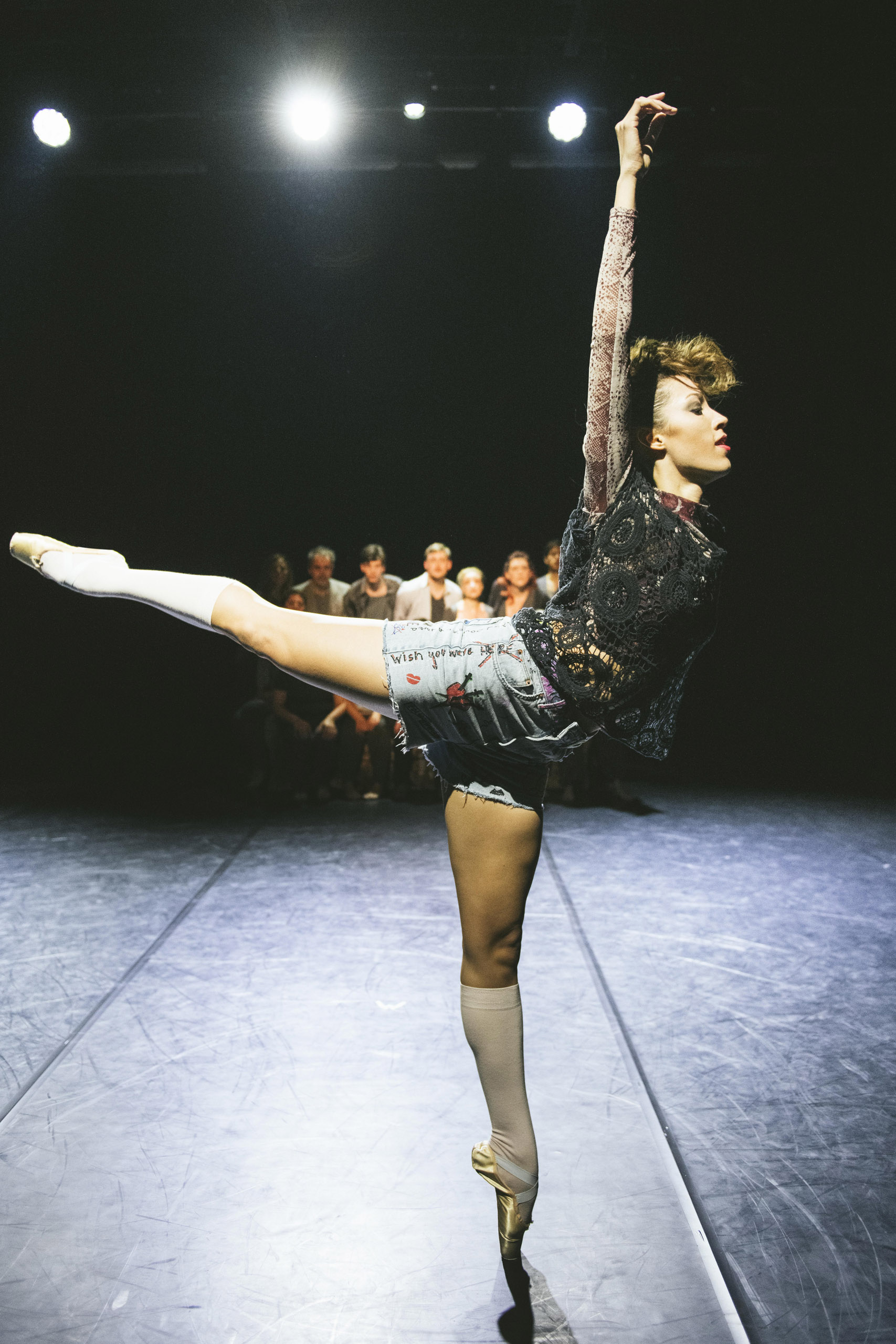 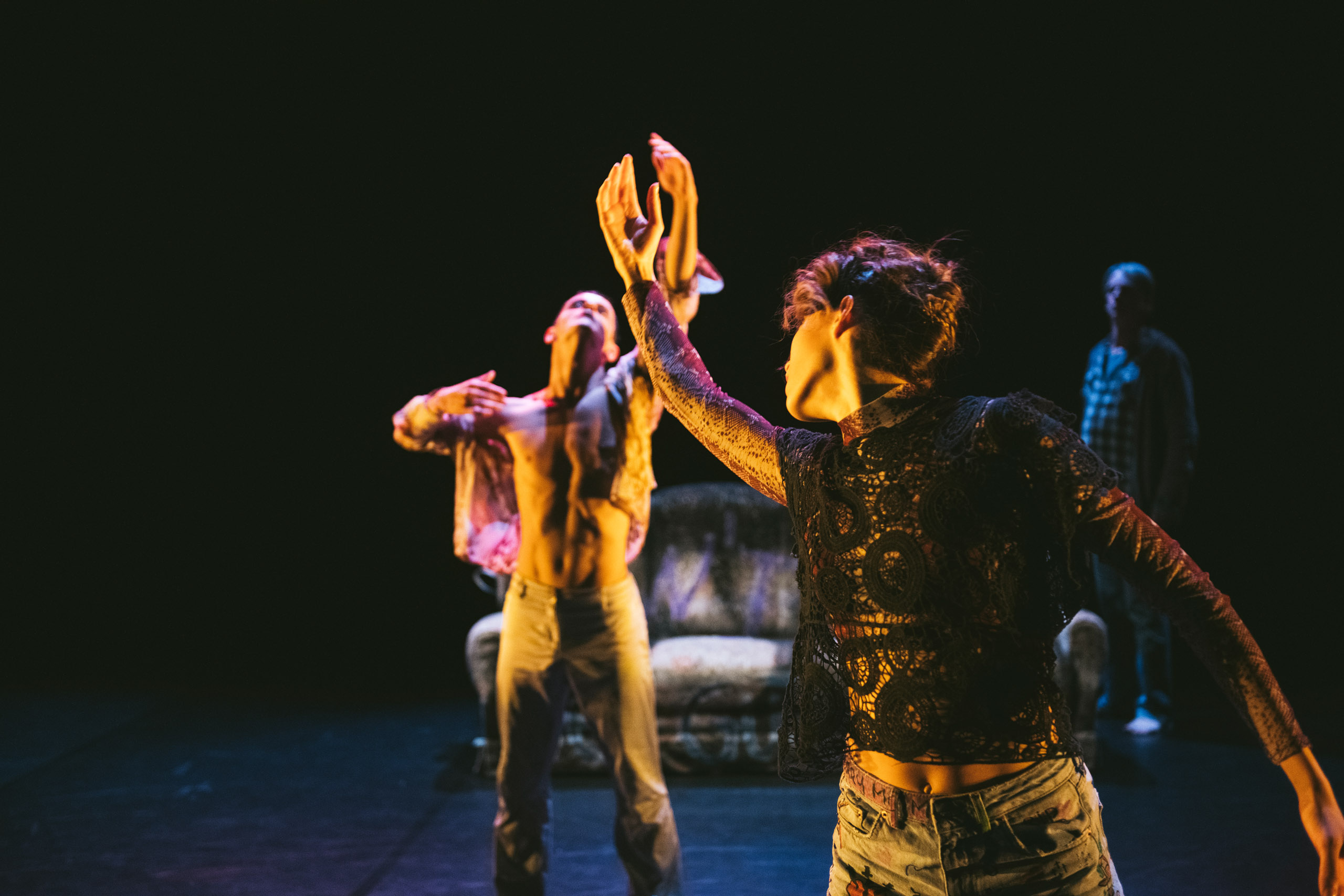 Franz Schubert (1797 – 1828) influenced not only his contemporaries but generations that followed, right up to the present.There are remarkable parallels between himself and modern musicians. Jim Morrison, Amy Winehouse, Janis Joplin and Kurt Cobain not only all thematicised death in their work, but also lived at the limit and died young. Eilers connects works by all these artists in his „Death and the Maiden“ and thus creates a fictitious dance and musical encounter between the generations.

A co-production with the Tafelhalle Nuremberg in Kunstkulturquartier supported by Tanzzentrale of the Nuremberg Region; financially supported by the City of Nuremberg and the Bavarian Association for Contemporary Dance (BLZT) with funds from the Bavarian Ministery for Science and Culture. 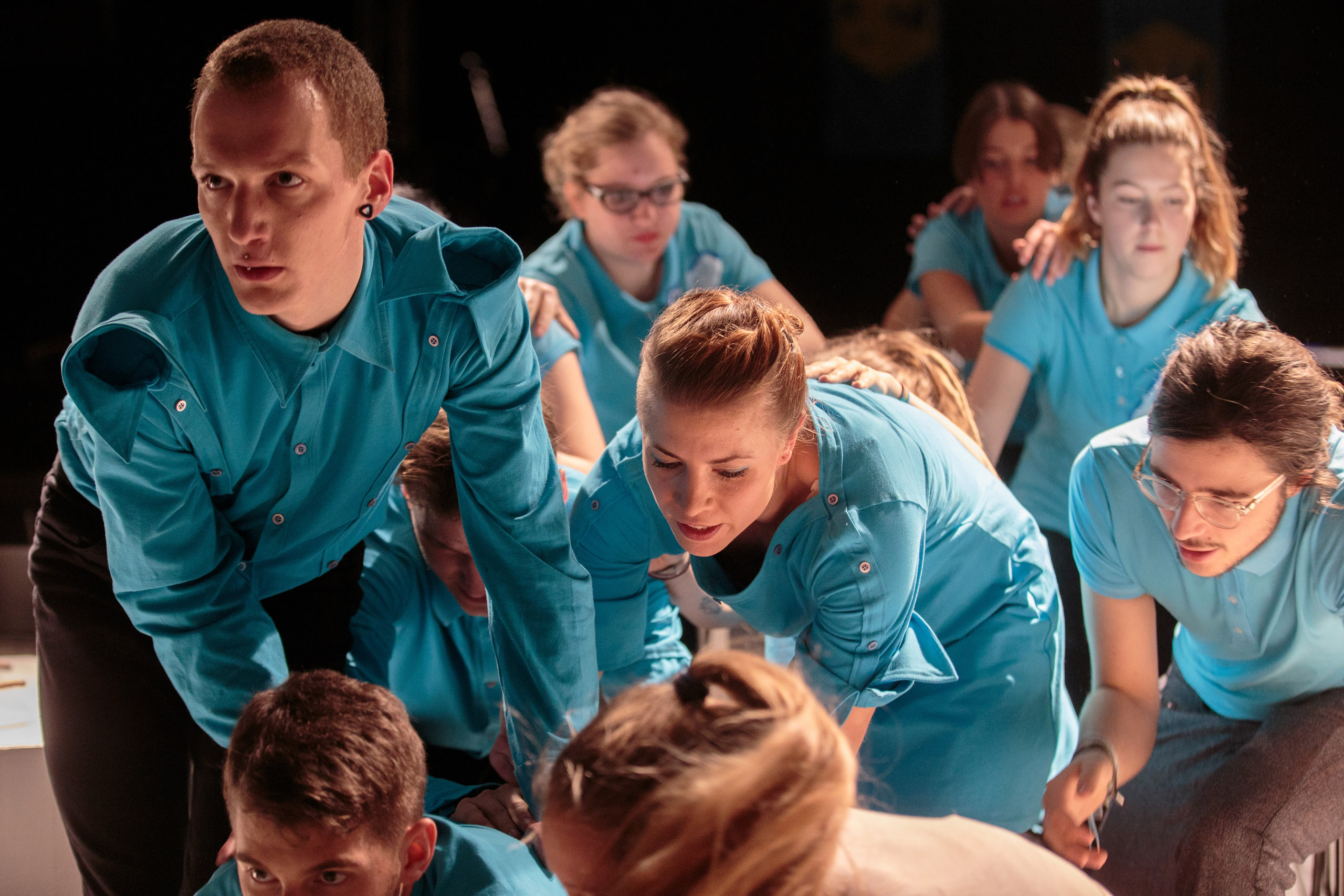 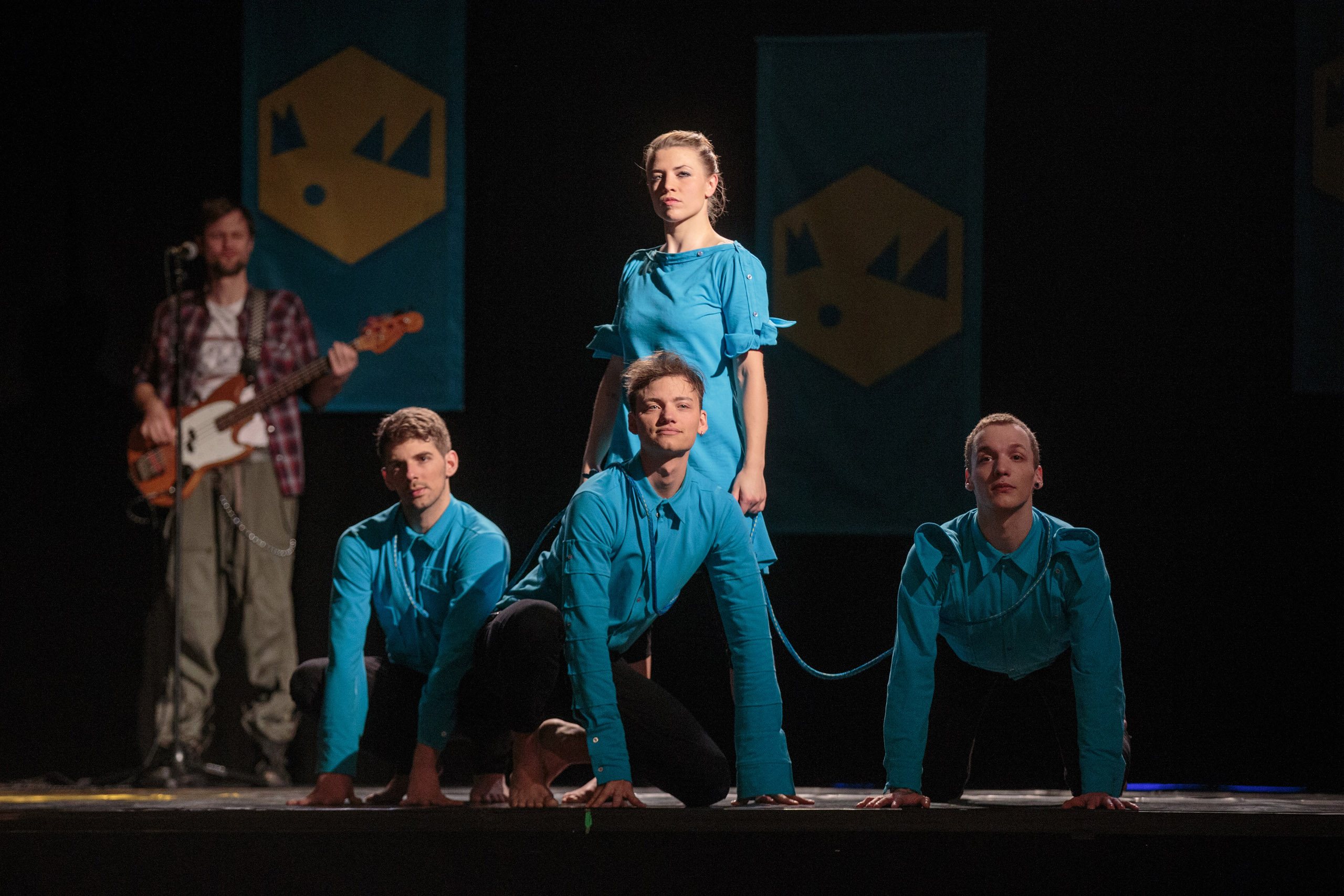 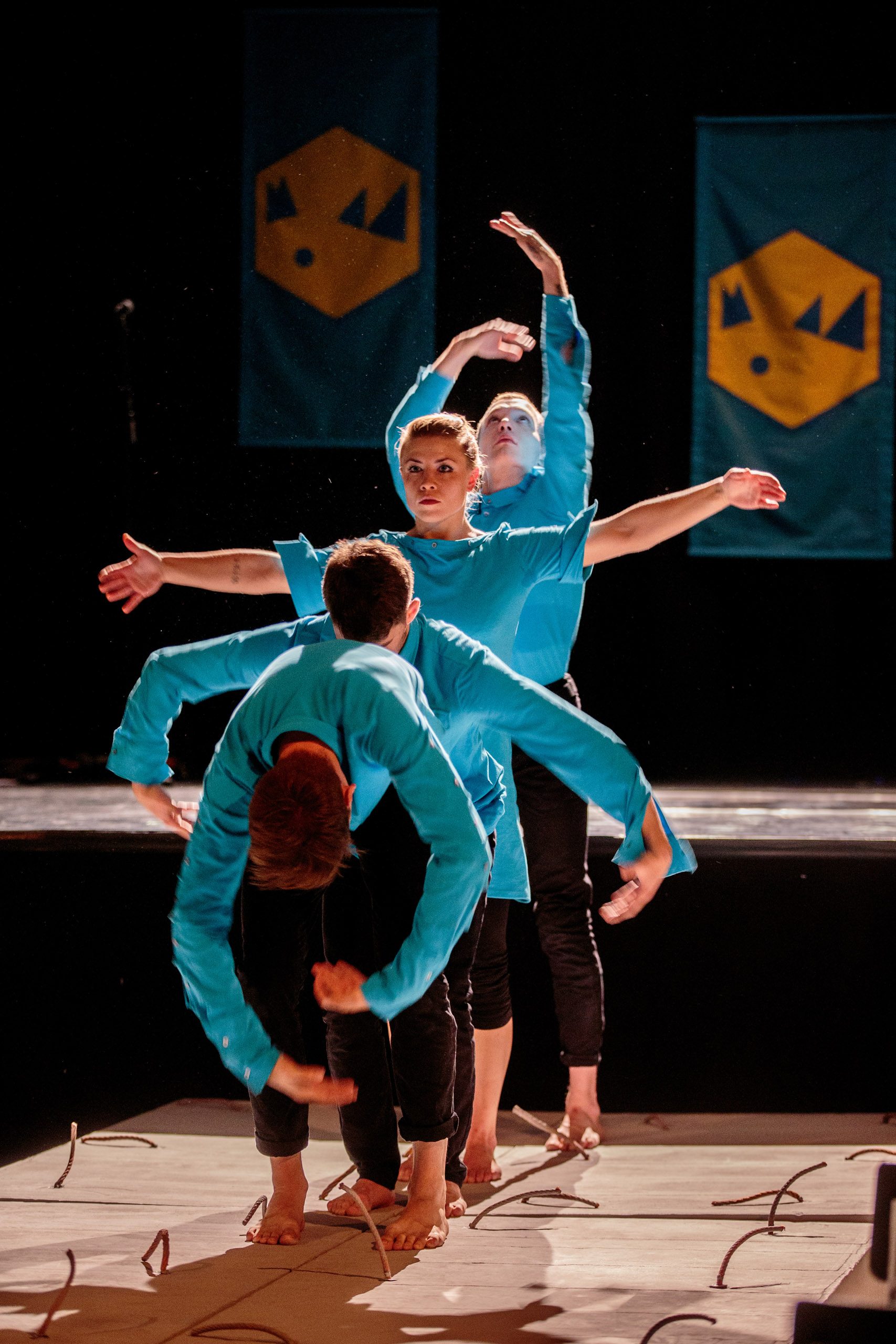 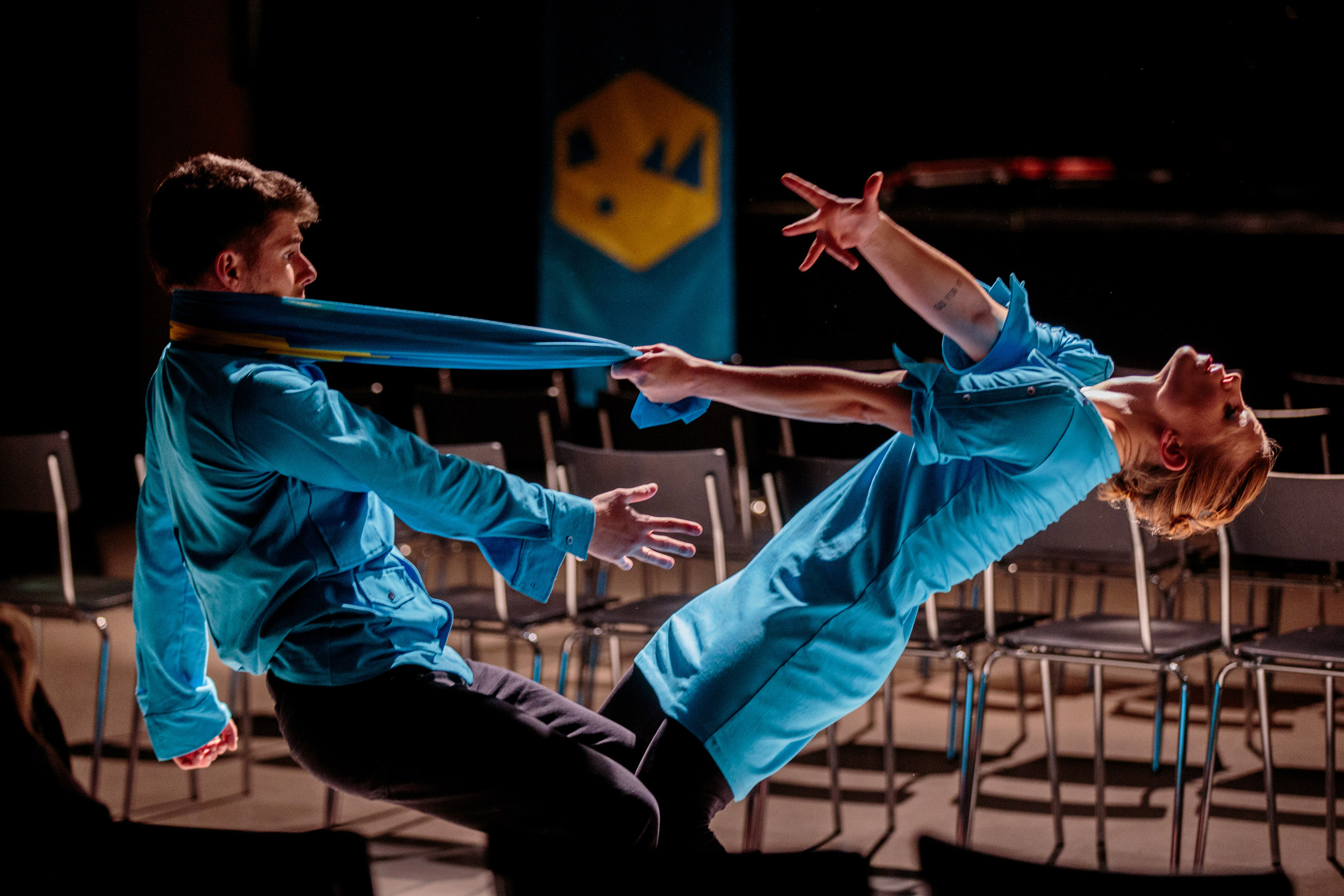 Inspired by Eugene Ionesco’s absurd play Rhinoceros Sebastian Eilers enters onto the non-political stage of the political arena, along with his five dancers and additional ensemble of Nuremberg citizens: Arthur Schmetterling, Hans, Daisy and Behringer contest this DANCE Party Conference, accompanied by a German rockband and their groupies, The Young and Wild Ones. At the same time as this turbulent election campaigning is going on Behringer and Daisy discover their previously hidden mutual attraction.

A co-production with the Tafelhalle Nuremberg in Kunstkulturquartier, the Stadttheater Ingolstadt and the Kulturzentrum neun, supported by the Tanzzentrale of the Nuremberg Region; financially supported by the Fonds Doppelpass of the Federal Cultural Foundation and by the City of Nuremberg. 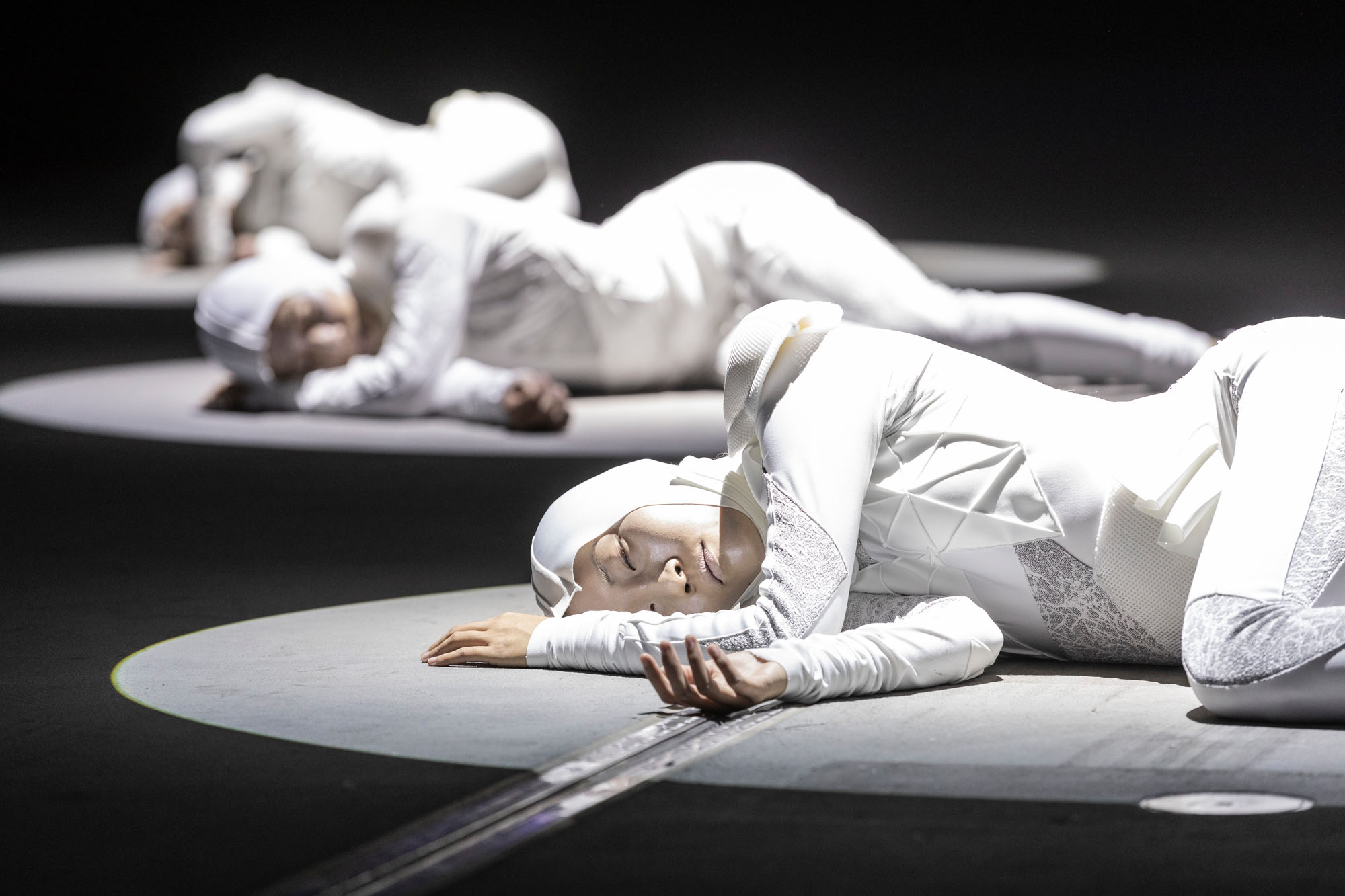 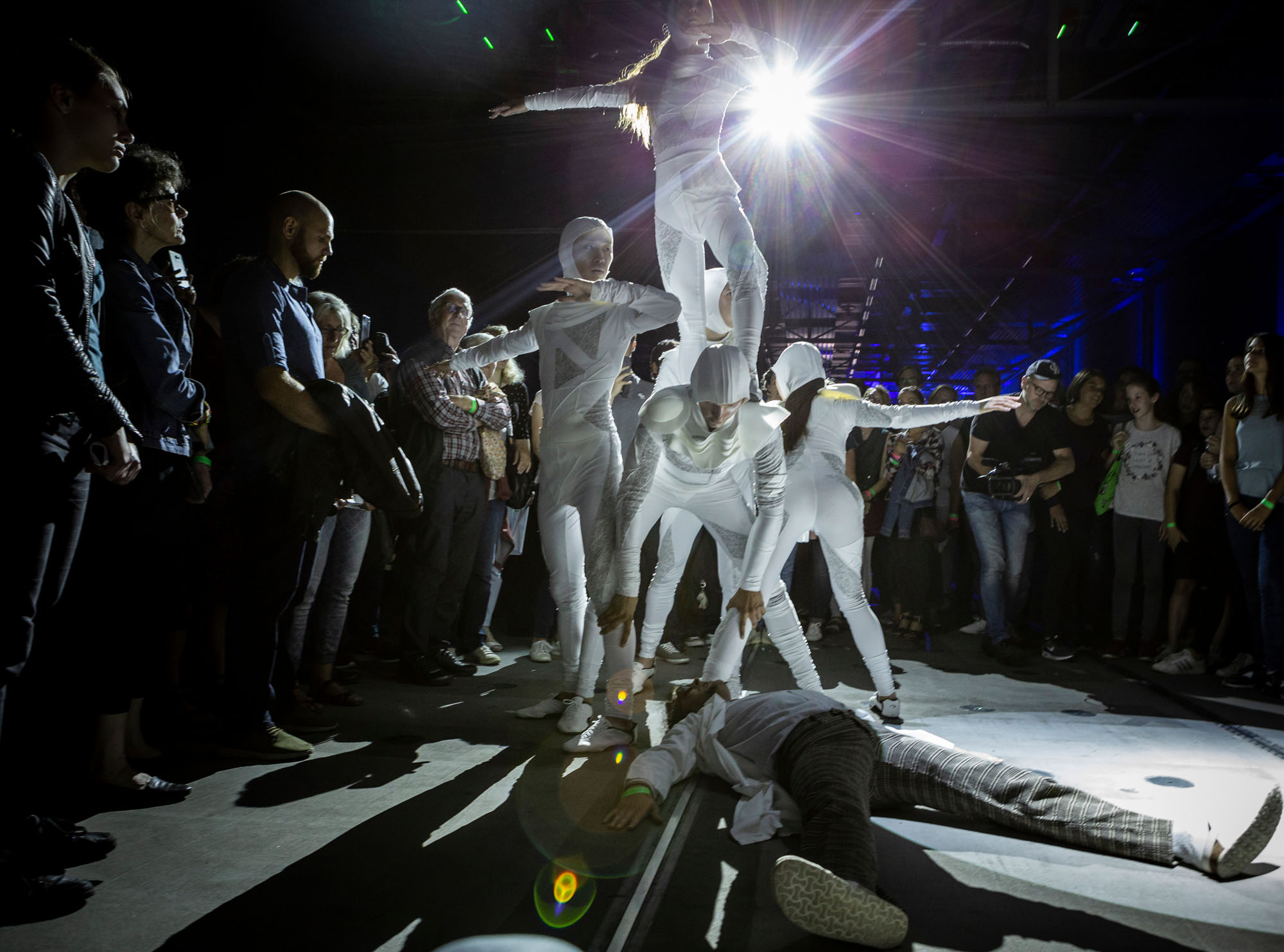 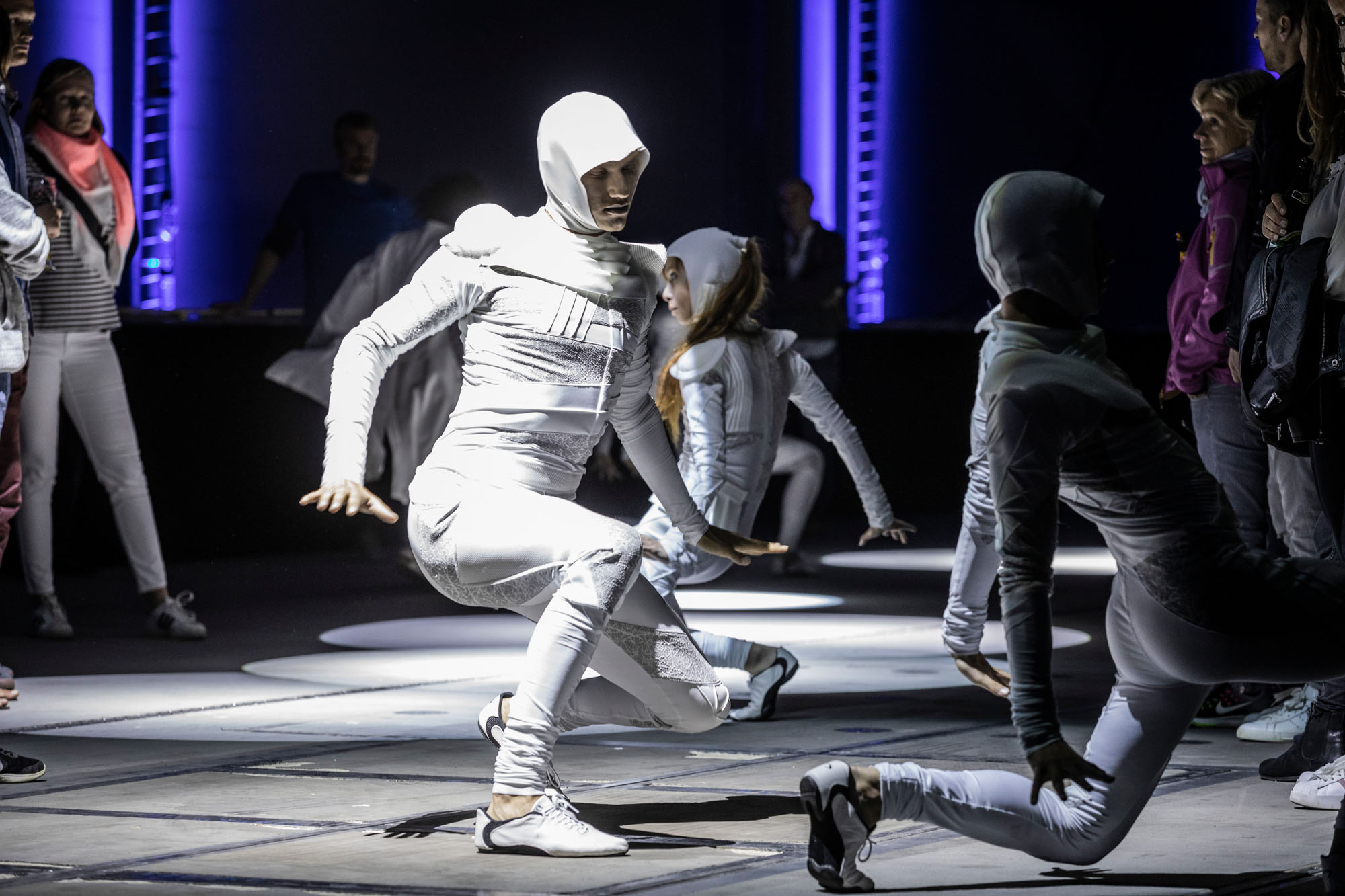 Premiere: June 2018 I Stadttheater Ingolstadt
as part of the Congress of Futurology

Humanity finds itself in deep water. But there is no real need to worry: scientists are very busy inventing a new species – artificial intelligence. ROBOLOTION gives the audience not only the opportunity to experience the spontaneous evolution of the humanoid machine at close hand, but also to be personally involved in unleashing a salutory technology. Igor Strawinksy anticipated the scenario of the independently thinking and emotion-experiencing machine over 100 years ago in his ballet Petruschka. His musical composition is the musical impulse for ROBOLOTION.

A co-production between SETanztheater, Stadttheater Ingolstadt and the Technical University Ingolstadt, supported by the Fonds Doppelpass oft he Federal Cultural Foundation.