”I am always looking for the social phenomenons which cause movement  in and form our bodies, far removed from codified dance techniques.“ 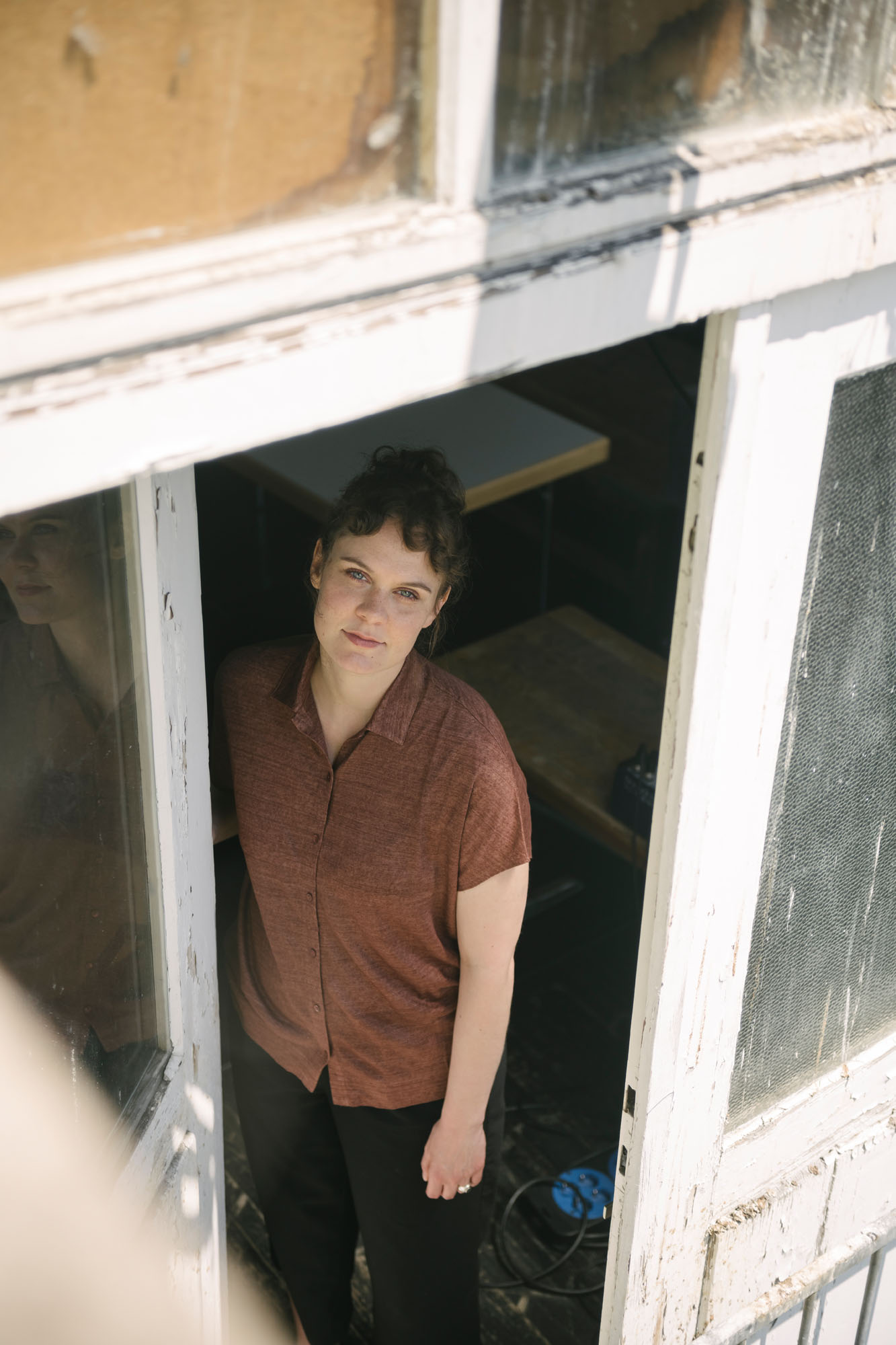 ”(…) Eva Borrmann has made a name for herself and her company PLAN MEE in a very short space of time. The 29 year old’s work reflects the attitude to life of her generation. At the core of her pieces stands the human body and the question, how this body is formed and deformed by society.“

”This unususal artistic approach is strong, unconventional and novel“

”The ensemble manages to combine effortlessly a gentle wit with extreme seriousness. You must watch this piece“

Eva Borrmann* is a freelance choreographer and dancer.

She has been producing performance and dance productions under the label PLAN MEE since 2015. PLAN MEE regards the socially formed body as the starting point for movement research into social perspectives and takes cultural phenomenons, myths and transformative rituals as the basis for its artistic work.

In PLAN MEE‘s artistic work Eva Borrmann creates an atmosphere which infuses the bodies of the audience like a slowly burning balsam. This PLAN MEE aesthetic was gestated in darkness, far removed from everyday stimuli and reveals itself with an unusual intimacy. Entering a world which is formed by an subtly arranged interaction of music, light, costumes and dance, the audience finds itself faced with abstract, often graceful pictures, playing on sensory stimuli.

* Following her training in classical and contemporary dance Eva Borrmann worked at the State Theatre Nuremberg in pieces by Johann Kresnik, Joshua Monten and Laura Scozzi. As a freelancer she has worked for Alexandra Pirici at Art Basel and deufert&plischke at K3/Kampnagel, Hamburg among others. Borrmann studied Dance and Performing Arts and Arts Education at the Institute for Theatre Science in Bern, Switzerland. PLAN MEE has performed at festivals and completed residencies in Linz, Athen, Cologne and Munich. In addition, Borrmann works as a dance facilitator at workshops, conferences and seminars – e.g. „Facilitation“ seminar, tanz.tausch Cologne 2016 – and at various institutions and universities (Academy of Fine Arts Nuremberg, Theatre Institute, FAU University Nuremberg-Erlangen, Produktionshaus Stuttgart.) As a choreographer she is taking part in the „Bodies of Care“ project, Goethe Institute, Indonesia and has received the Impulse Grant of the City of Nuremberg 2021 – 2023. 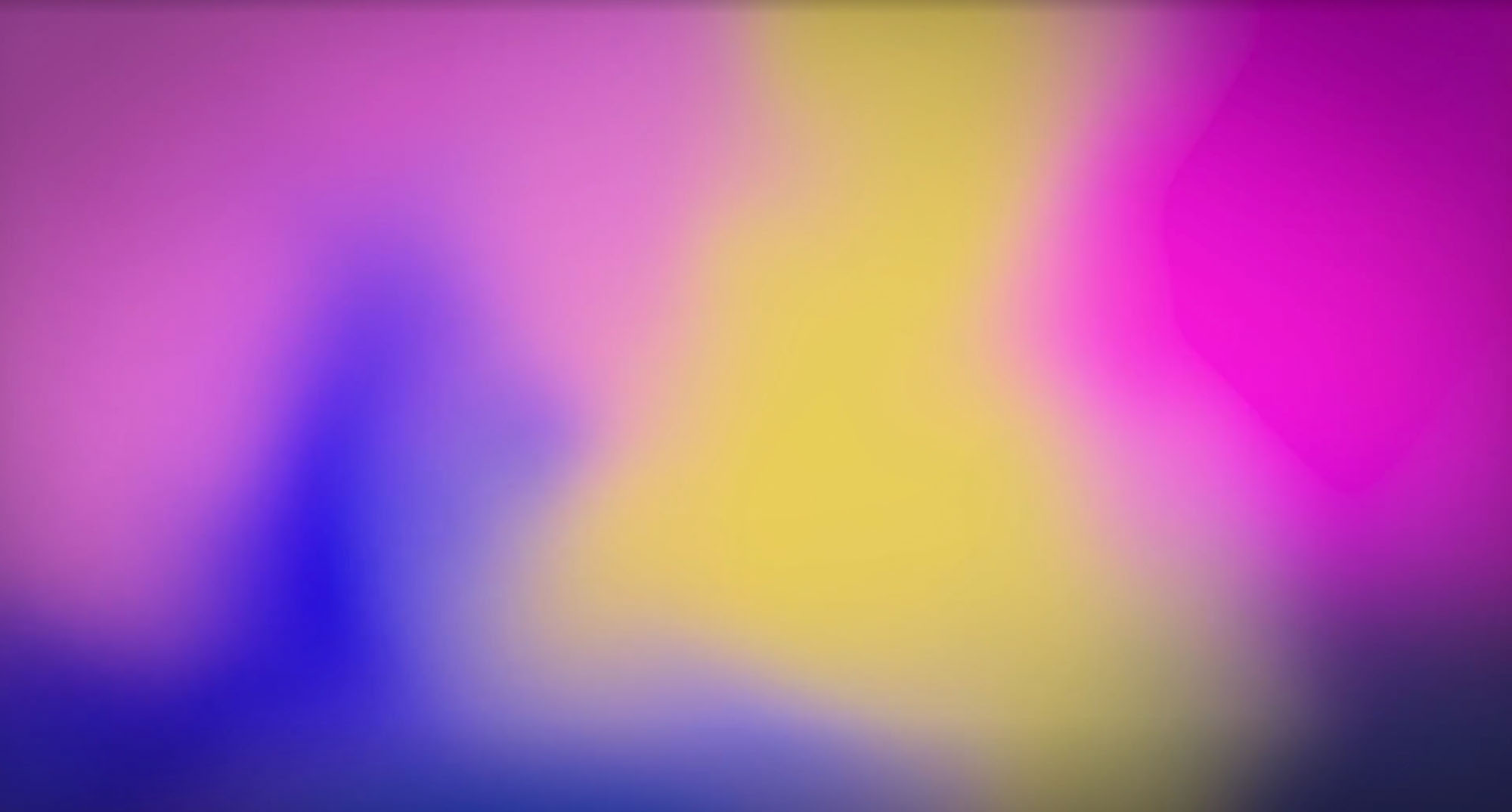 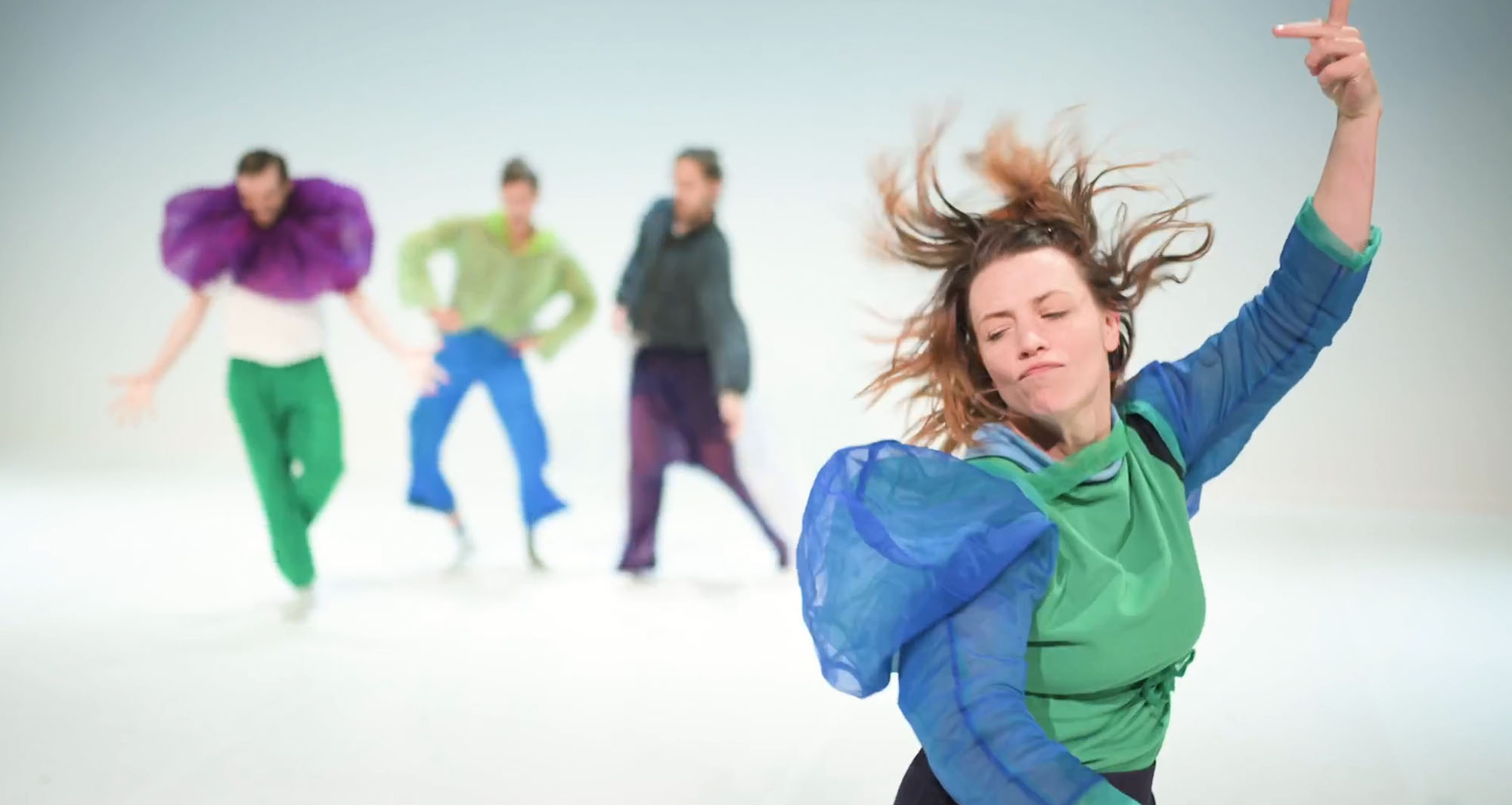 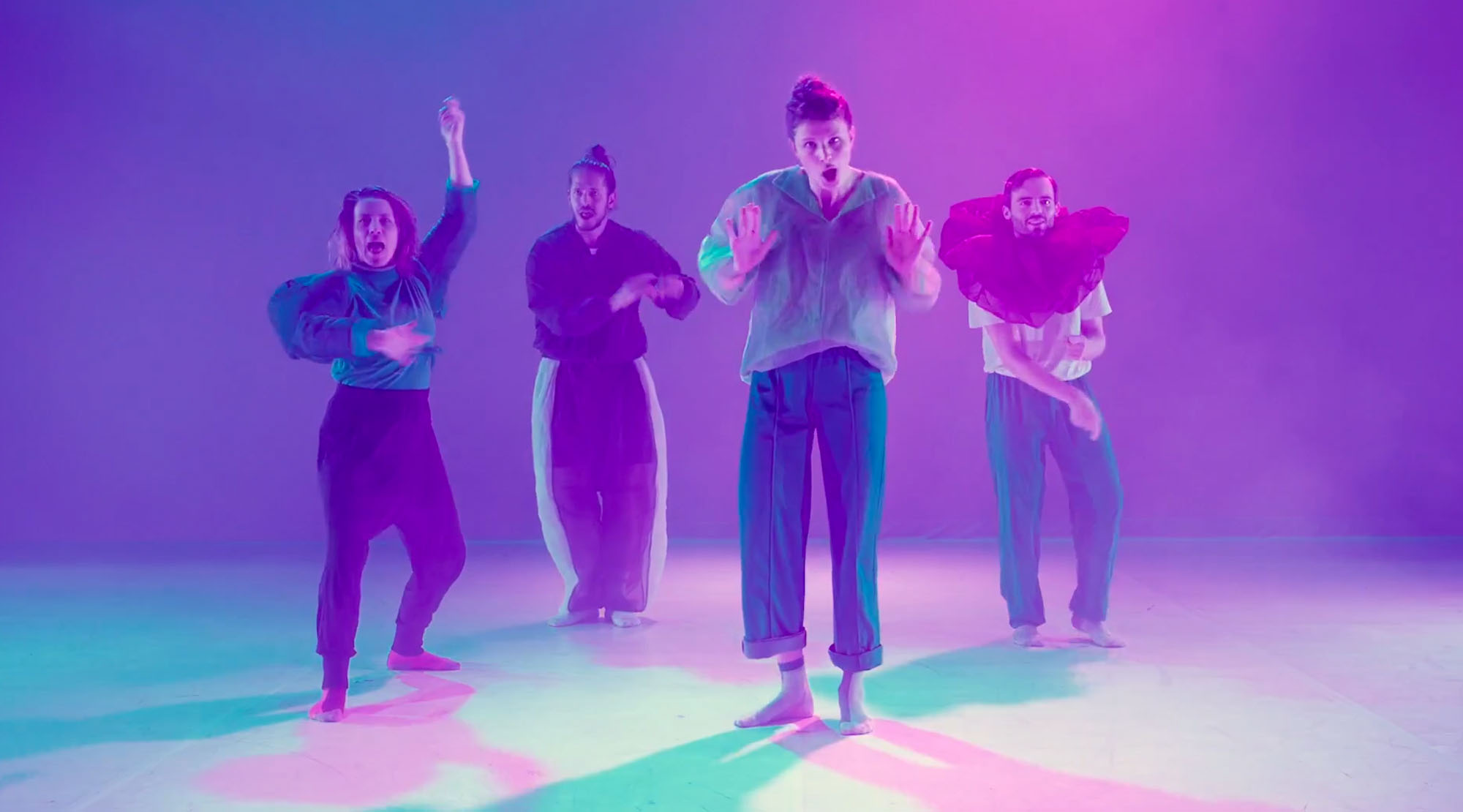 Inflated bodies bounce onto the stage. Each kitted out with his or her own personal protective clothing, an AIR BAG, the four protagonists seem to be invincible.

AIR BAG – ready to burst demonstrates how fear can be defied by imagination and delves deep into stories which tell of how various fears can arise and develop. The audience experiences creative, danced missions, which examine in detail the causes and effects of the blown-up costumes worn by the performers. Perhaps fear and imagination are mutually dependant, just as the children’s book author, Erich Kästner, conjectured when he wrote: „If someone possesses no fear then he possesses no imagination.“

The interactive dance film enables the viewers to actively and physically accompany the performers on selected missions, using dance movement, in an immersive experience.

A co-production with the Tafelhalle Nuremberg in Kunstkulturquartier and the Kulturrucksack Nuremberg, supported by Tanzzentrale of the Nuremberg Region; financially supported by NATIONAL PERFORMANCE NETWORK – STEPPING OUT, with funds from the Federal Government Commissioner for Culture and the Media, as part of the initiative NEW START FOR CULTURE, by the City of Nuremberg, the  Bavarian Association for Contemporary Dance (BLZT) with funds from the Bavarian Ministery for Science and Culture. 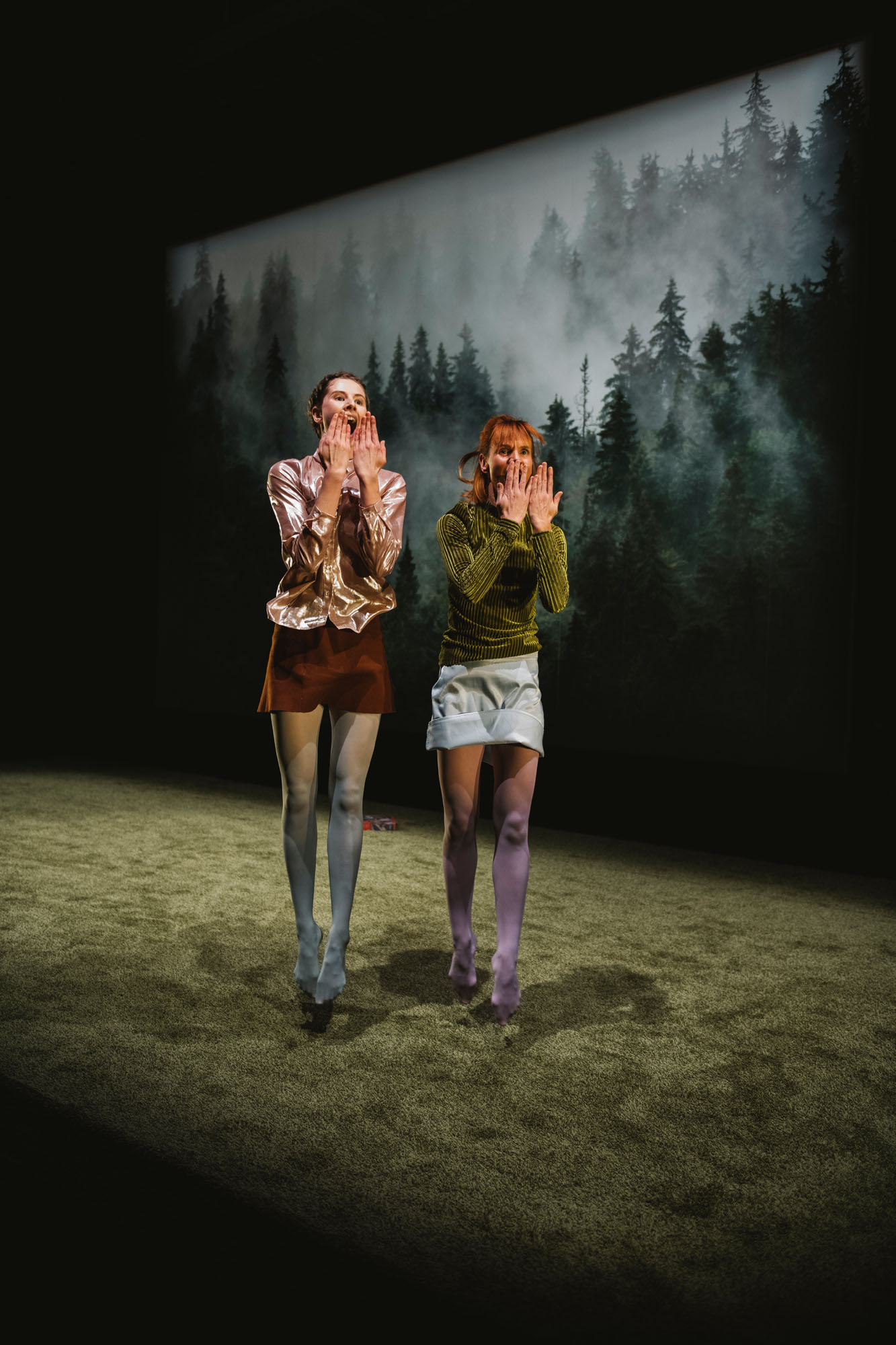 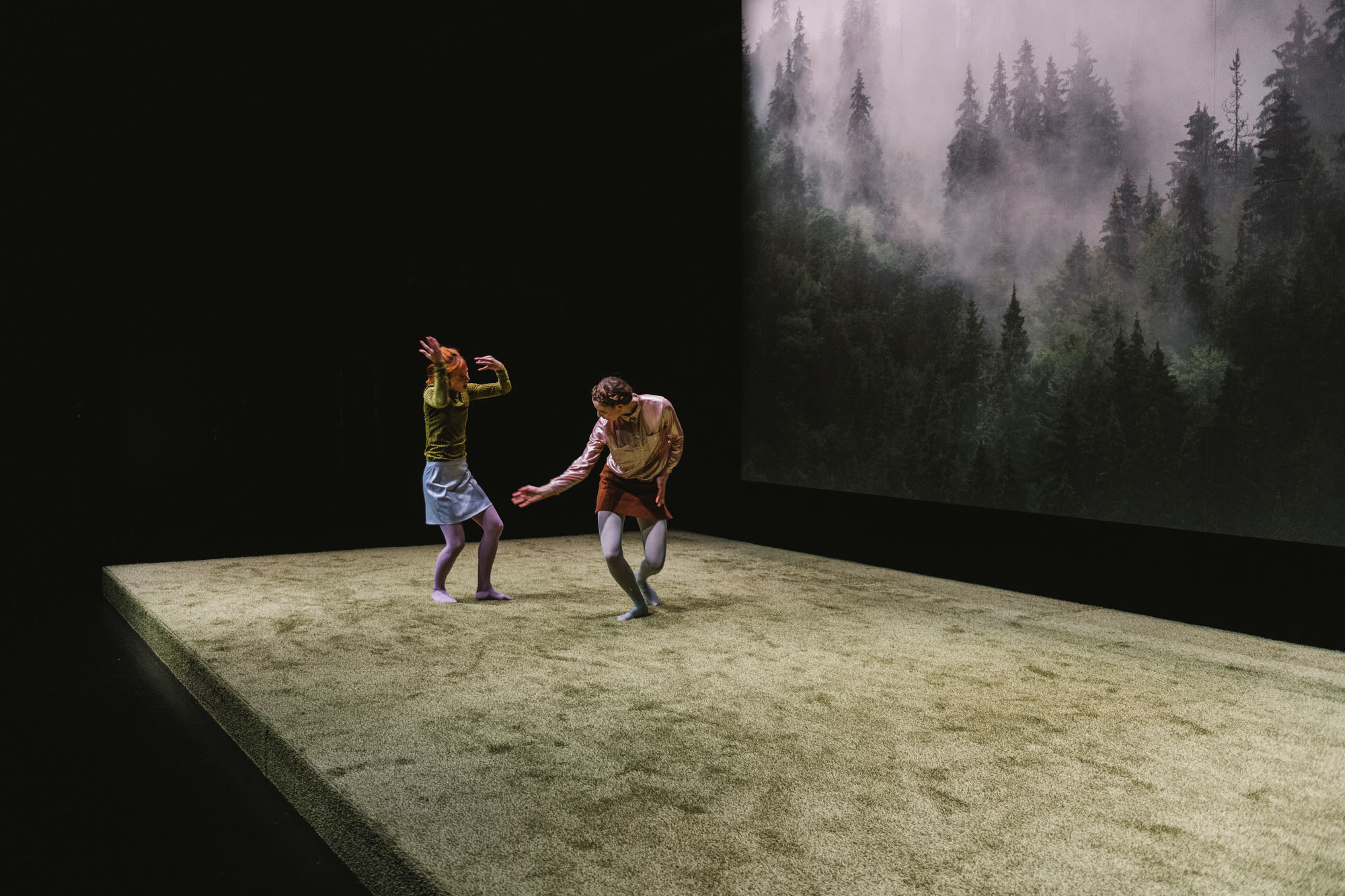 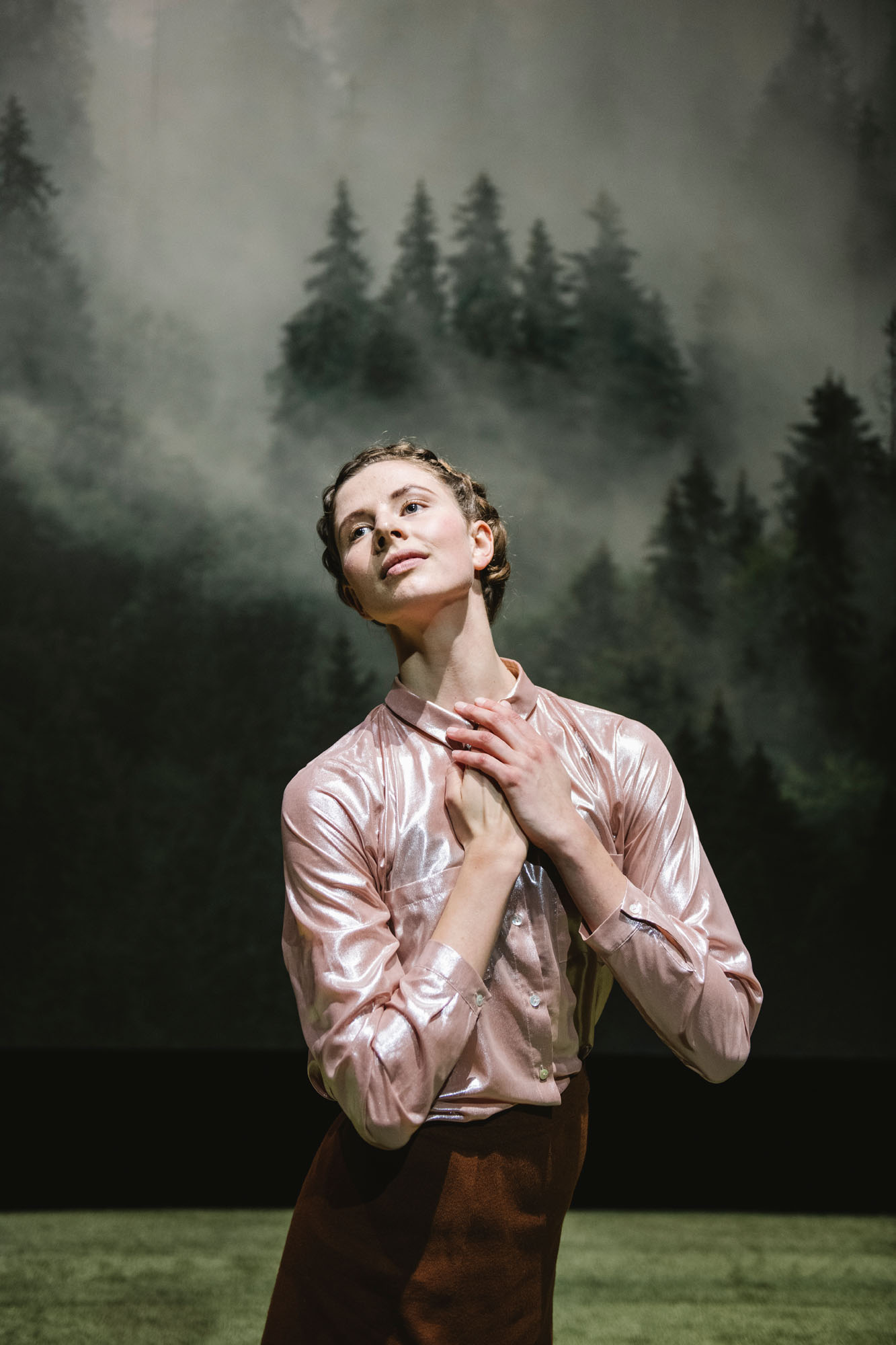 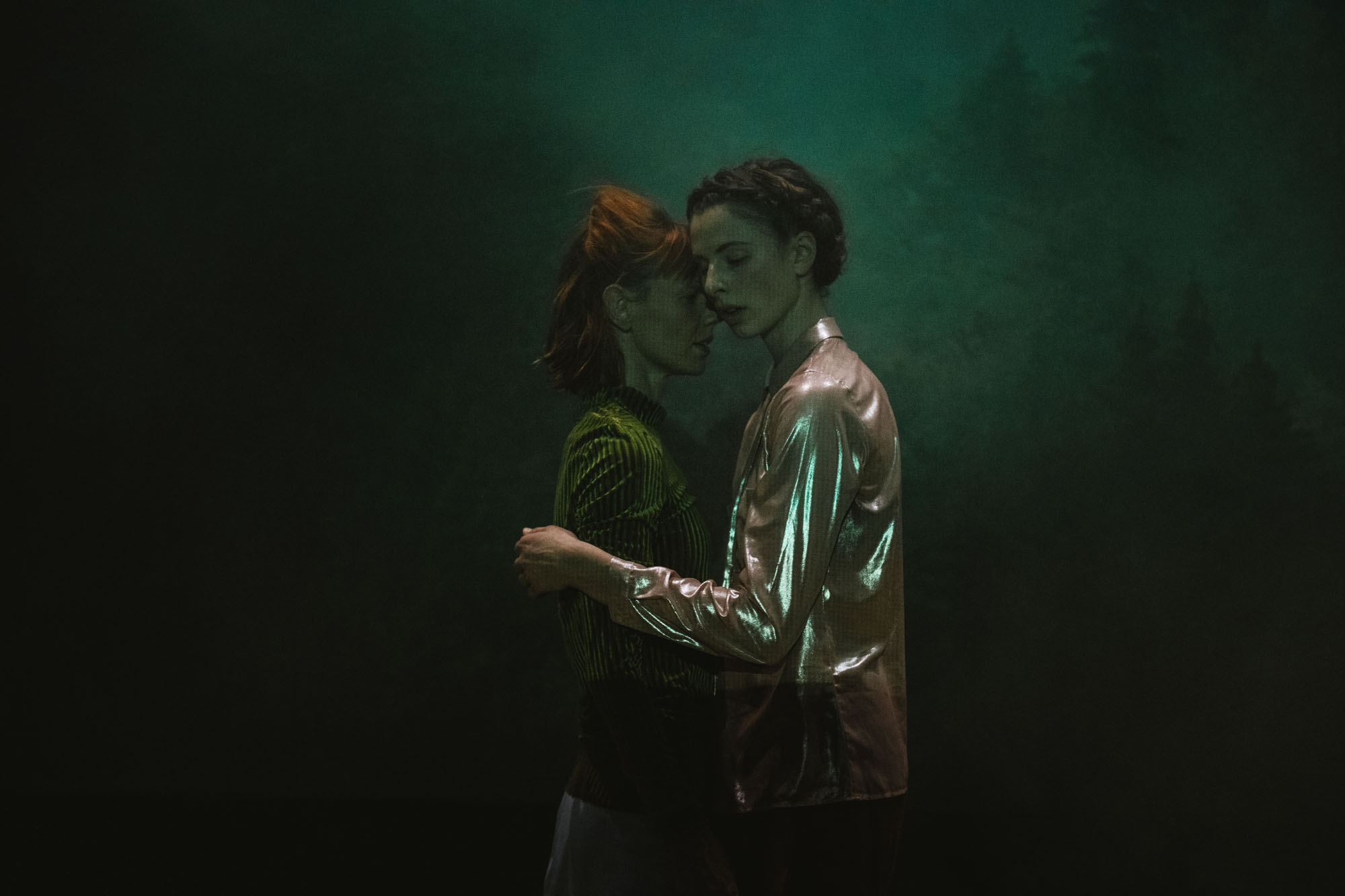 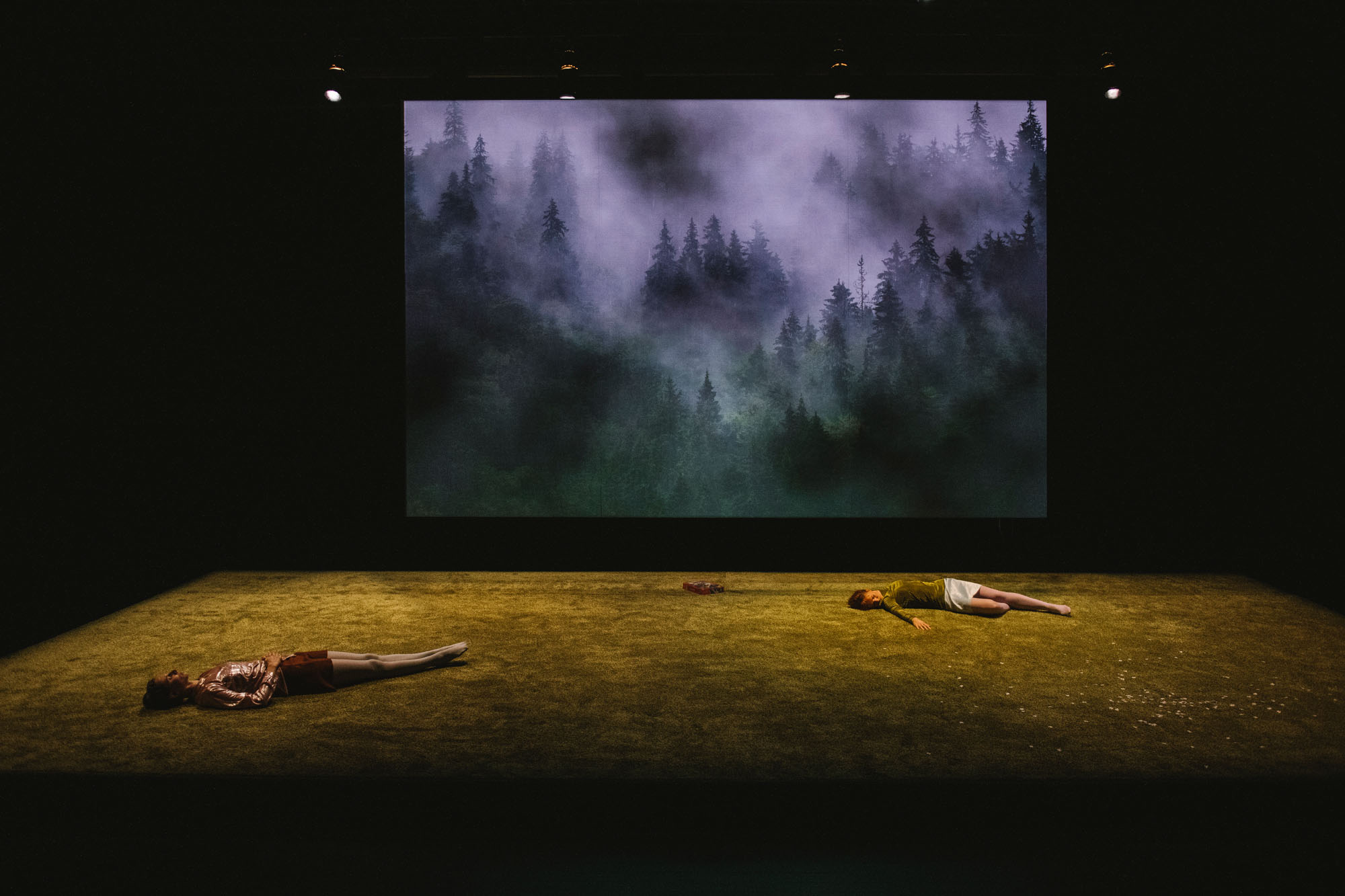 Fairy tales, especially those written by the Brothers Grimm, are an inherant part of our childhood. But not everything which was written down for posterity was originally destined for children’s ears. Many of the tales the Grimms told were characterised rathermore by the themes of sexuality and death in the original narrative and in the first instance were written and passed down for adults by adults. Eva Borrmann rediscovers the fairy-tale, „Red Riding Hood and the Big Bad Wolf“ and scrutinises the themes of relationship, generational conflicts and sexuality. 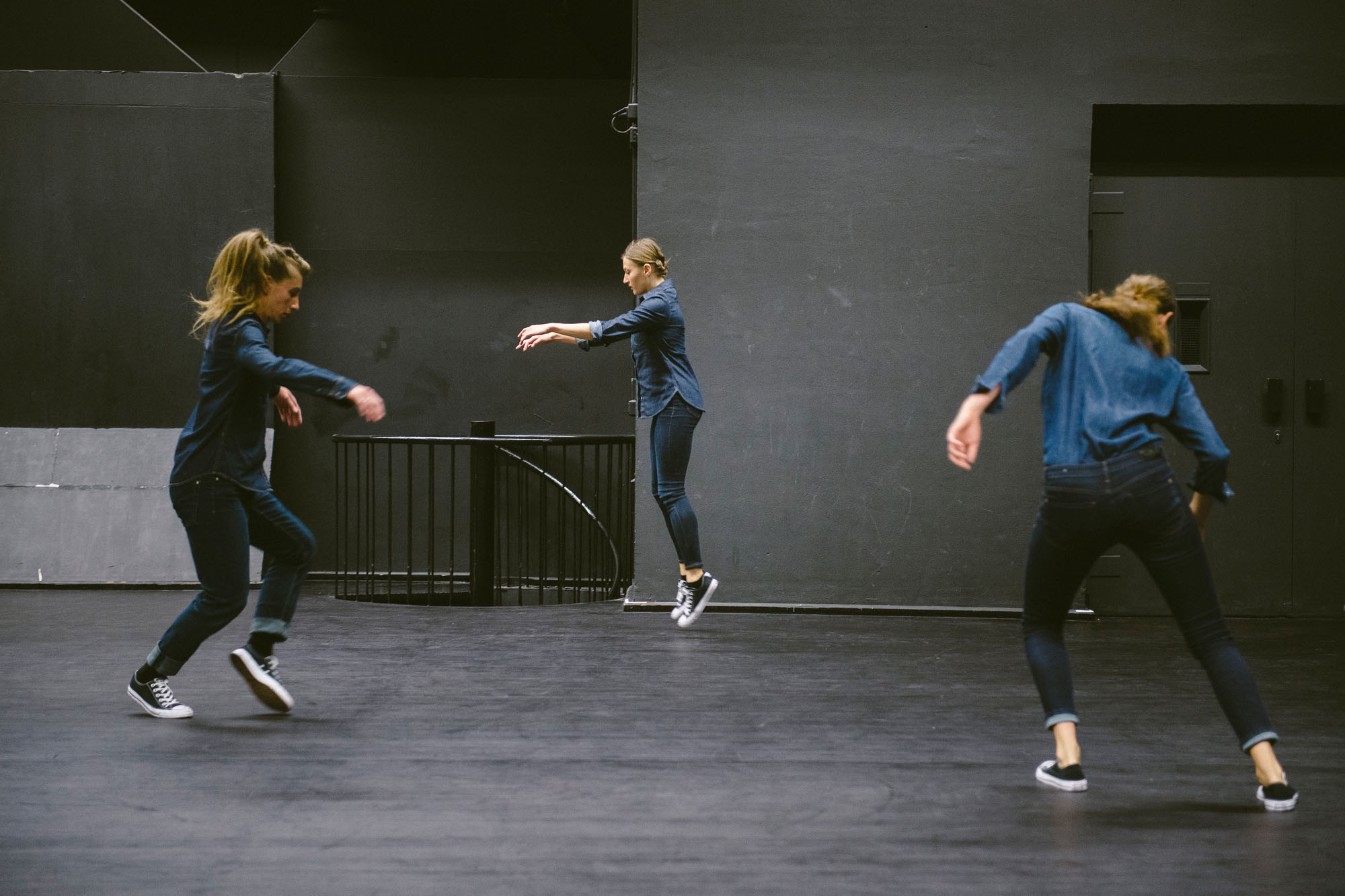 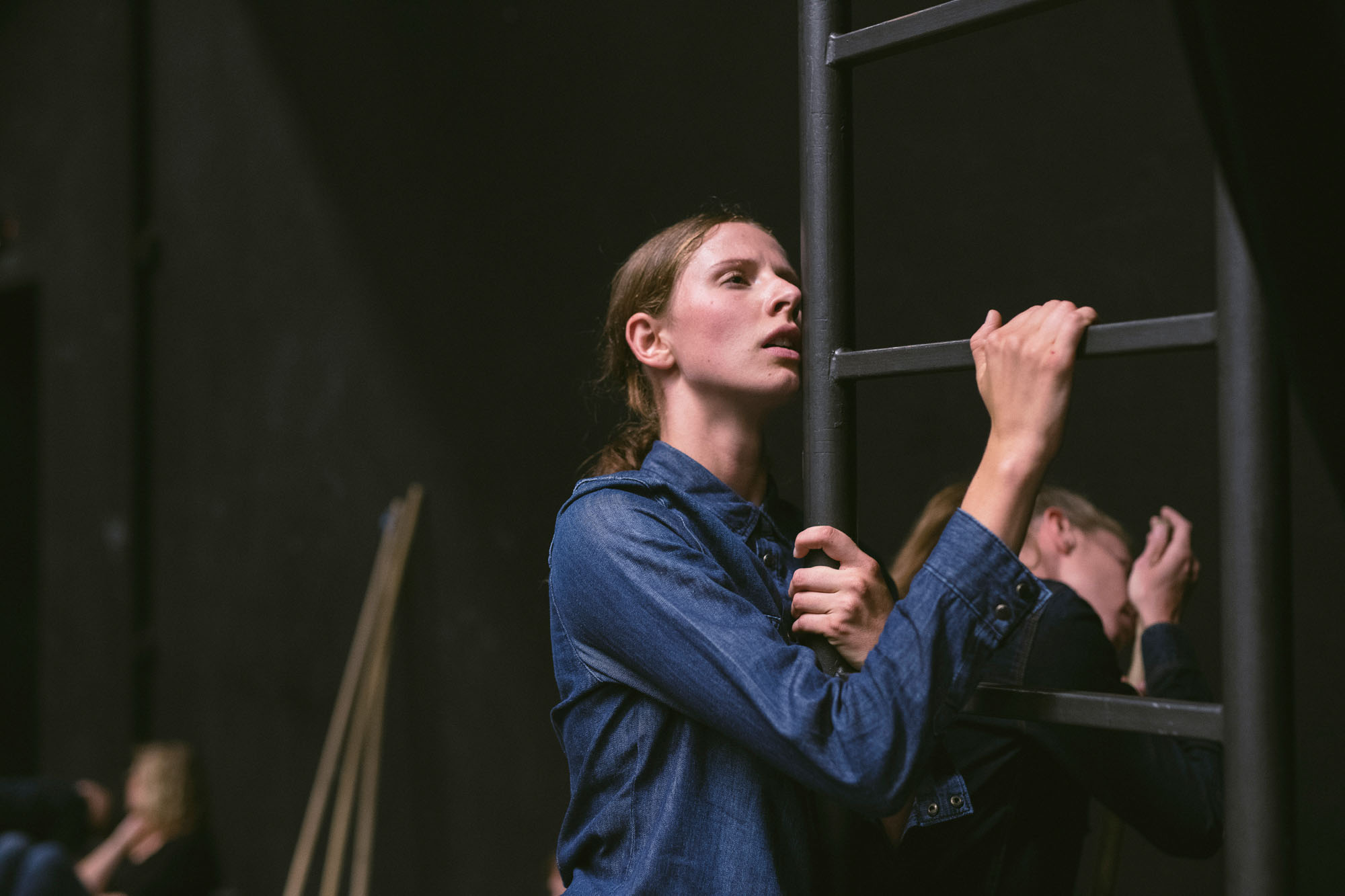 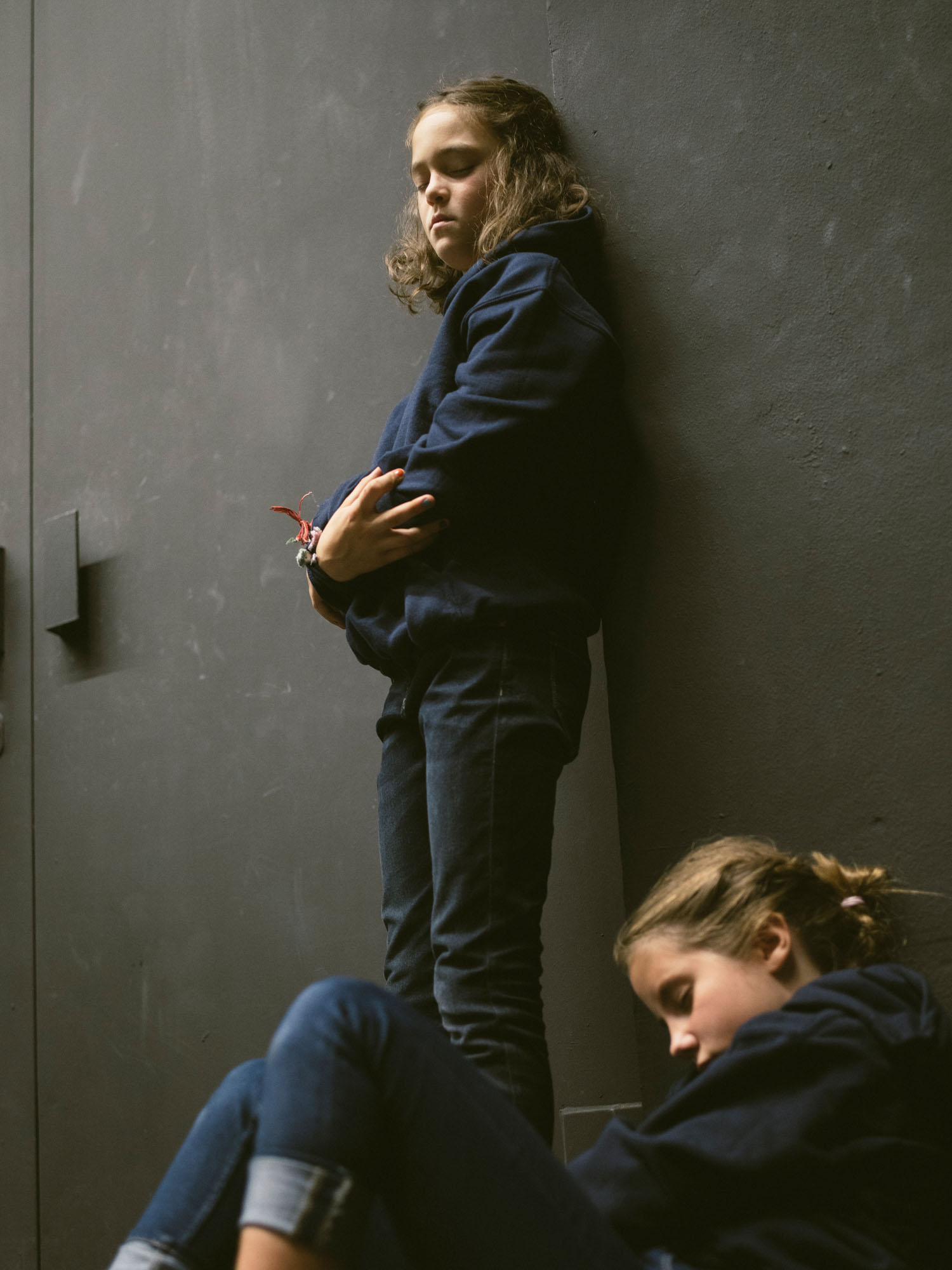 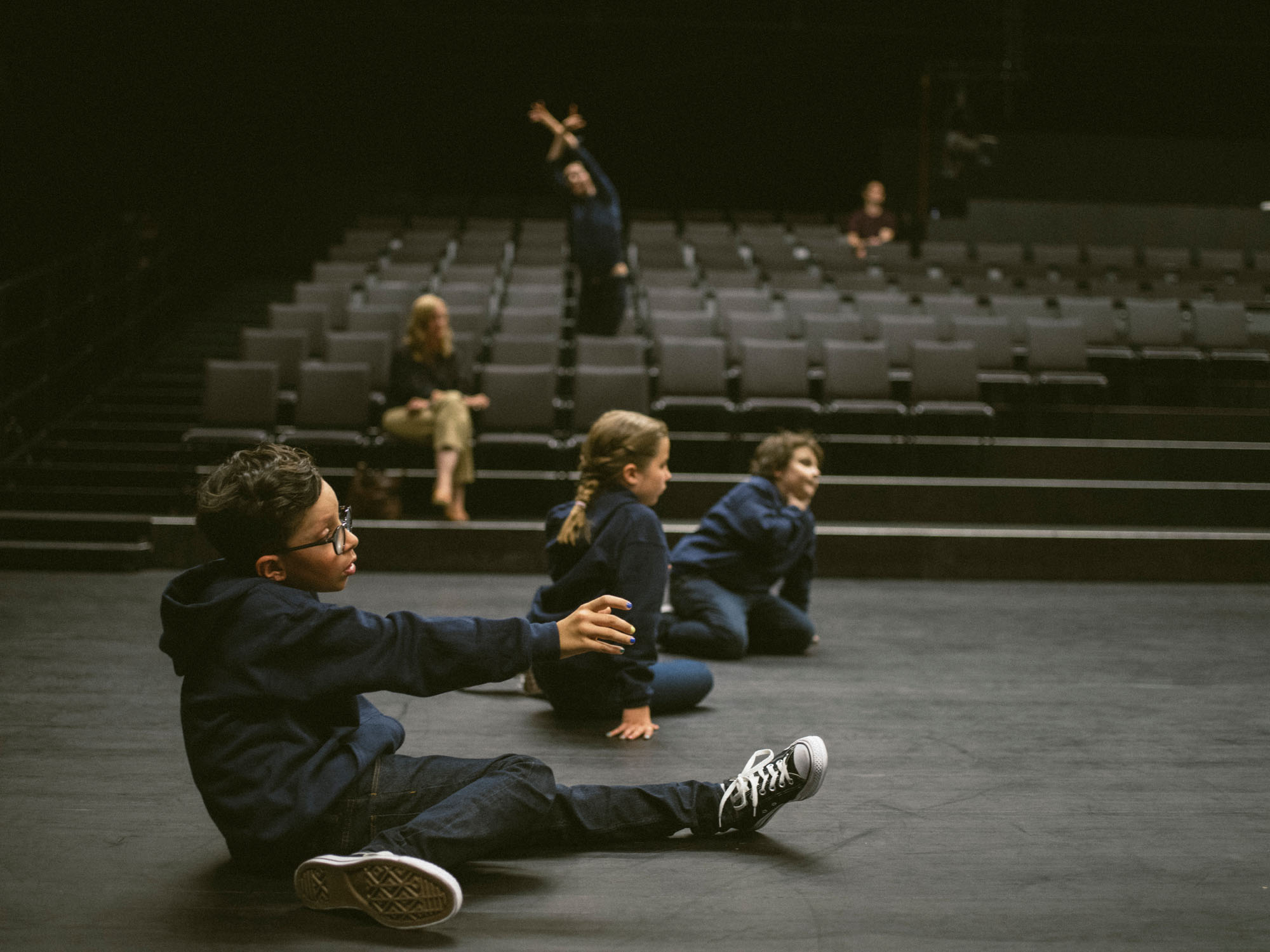 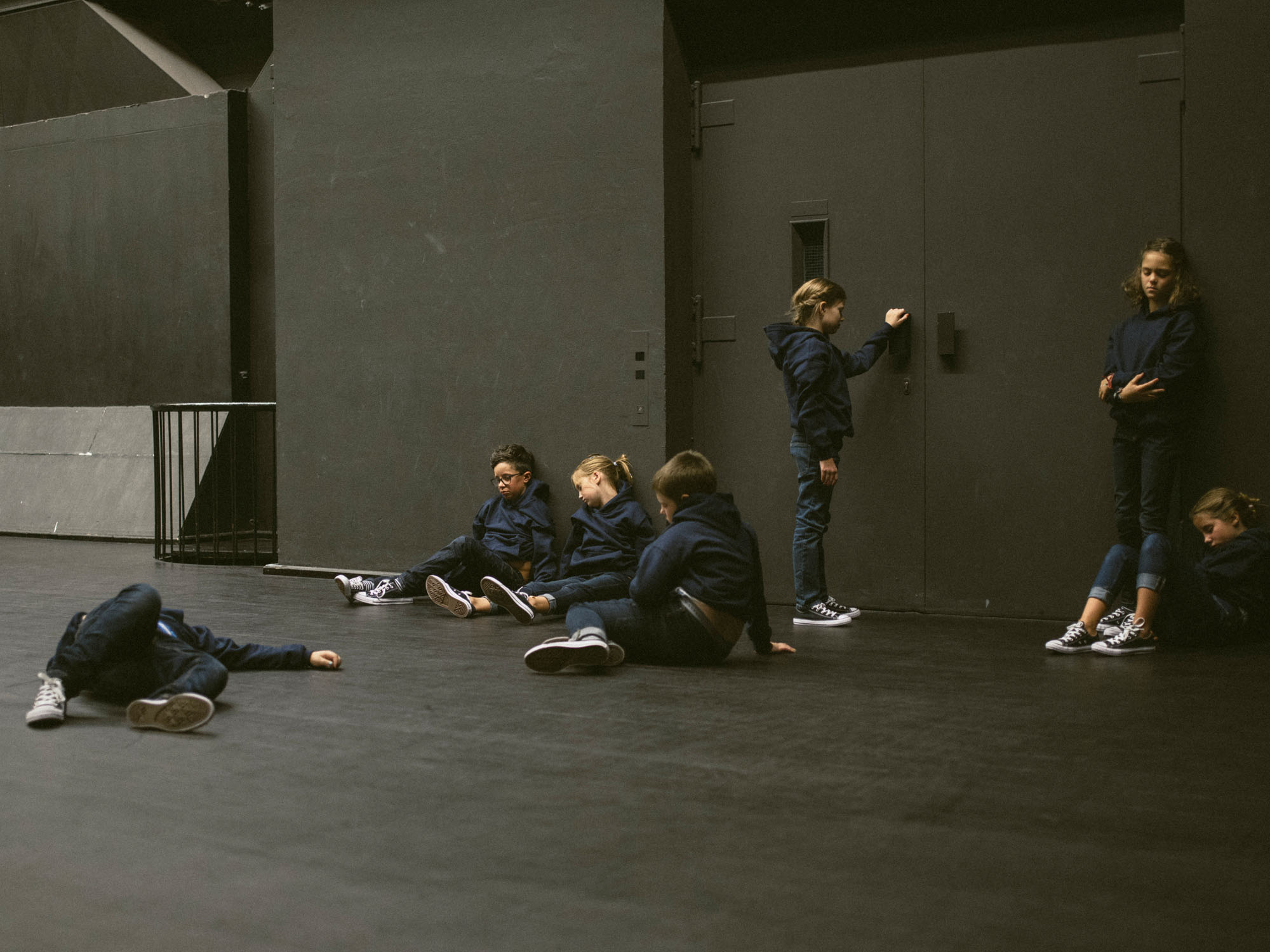 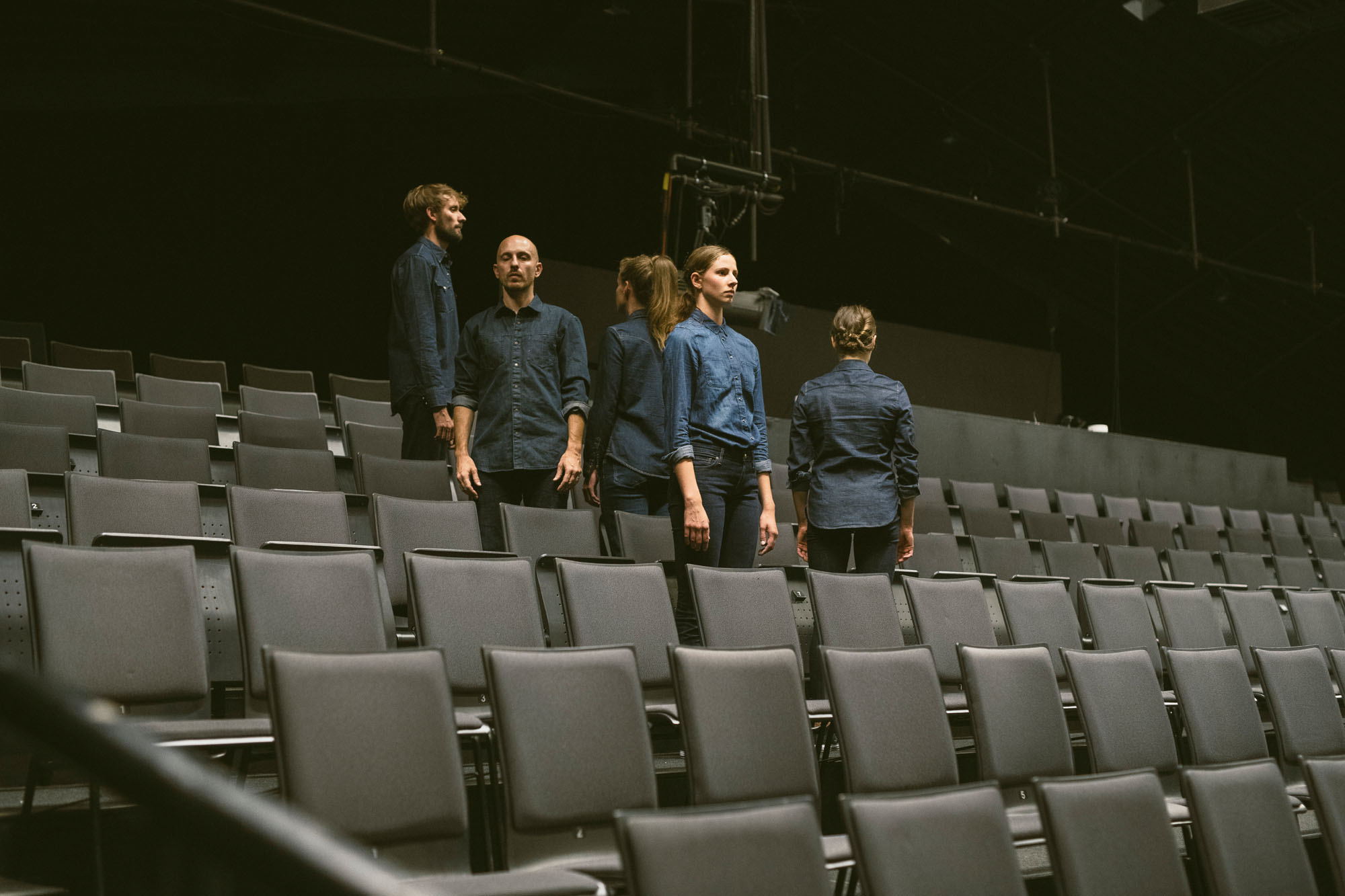 This performance explores the relationship between places and memory. The architecture serves as the starting point for a physical examination of what is allowed to be rememberesd and what has been forgotten. The memory of the individual challenges the collective memory. What do we remember? How do we remember?

The LEGACY sketches an ongoing process of debate about how history effects a group or a society. 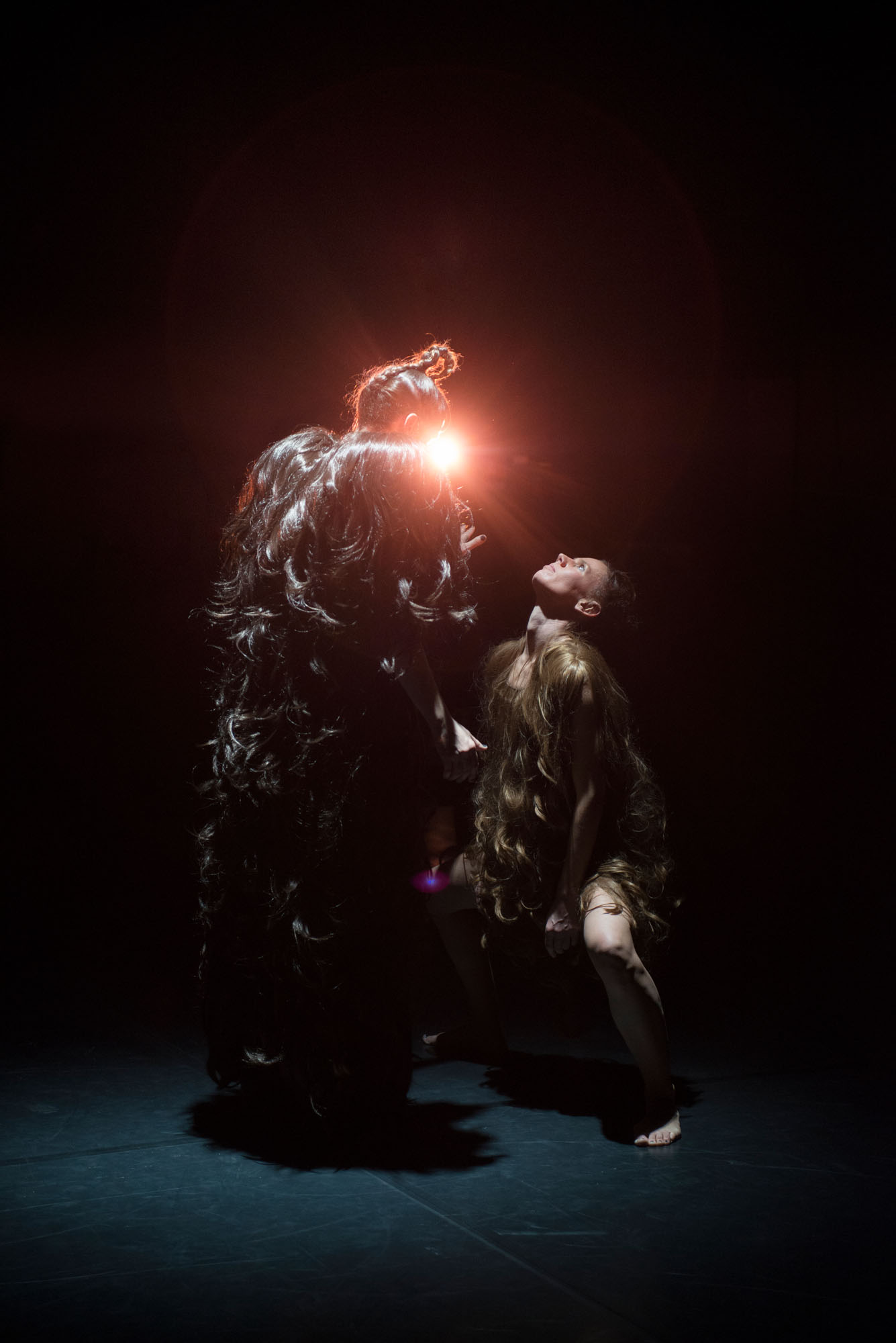 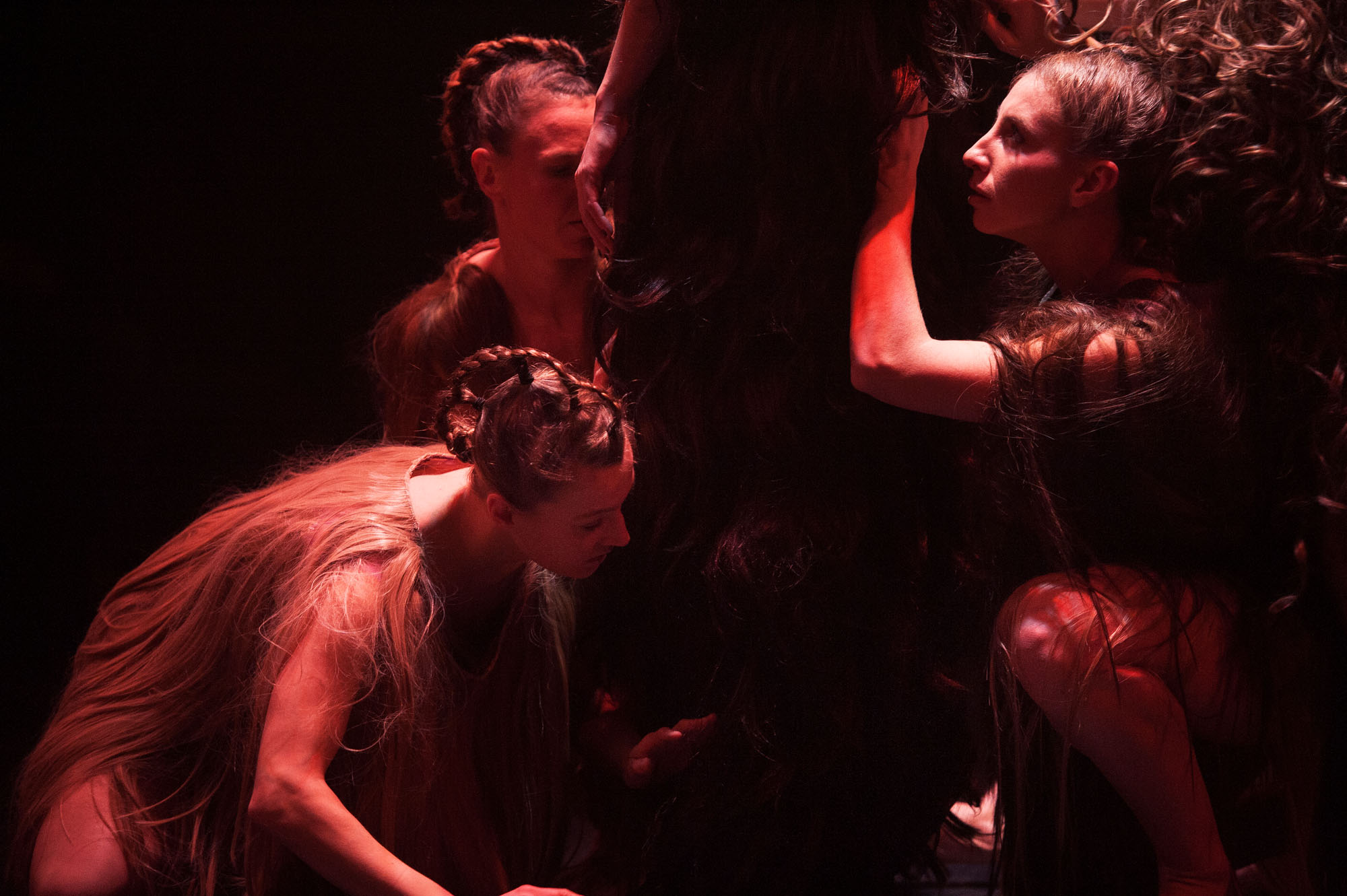 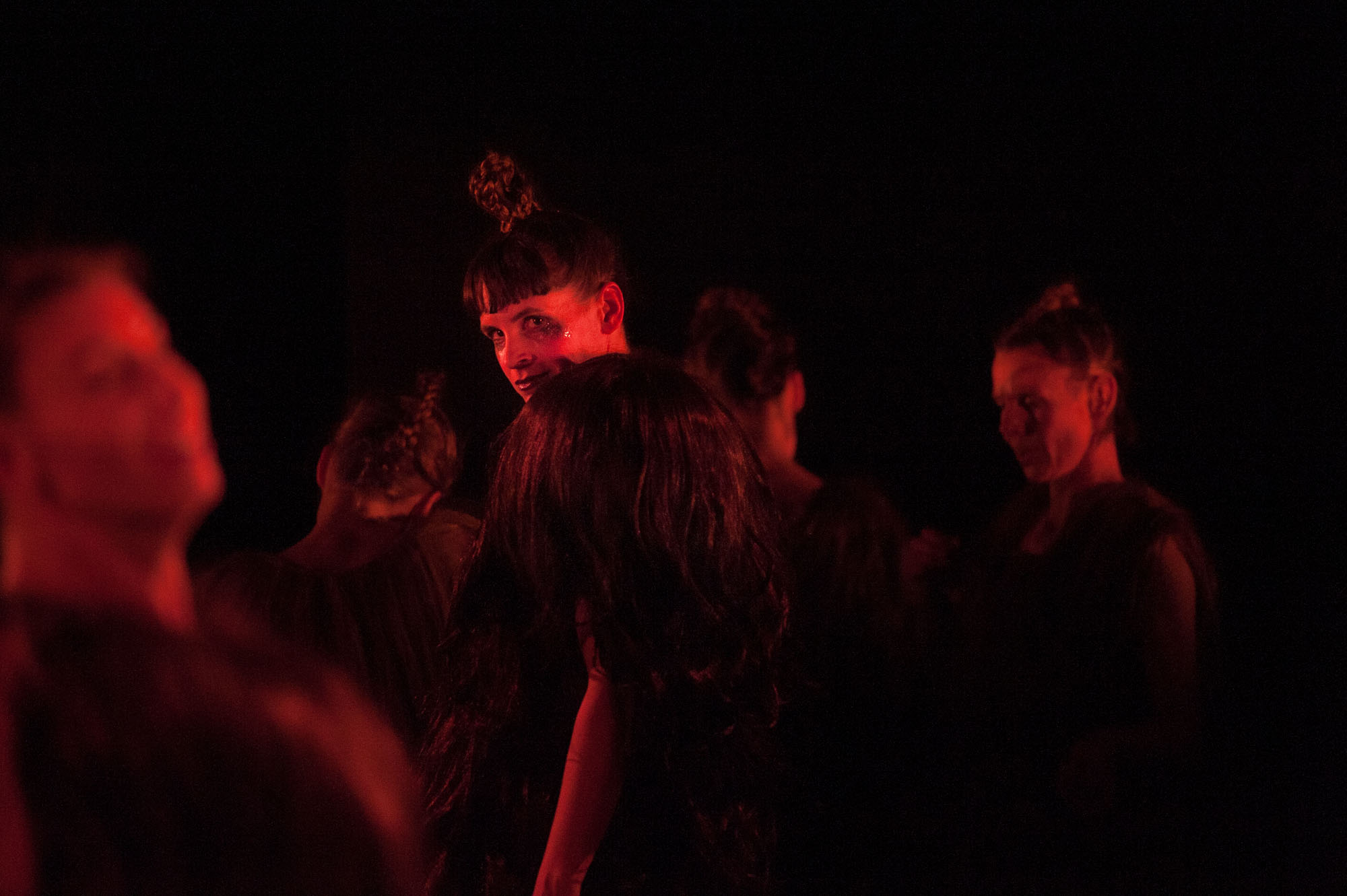 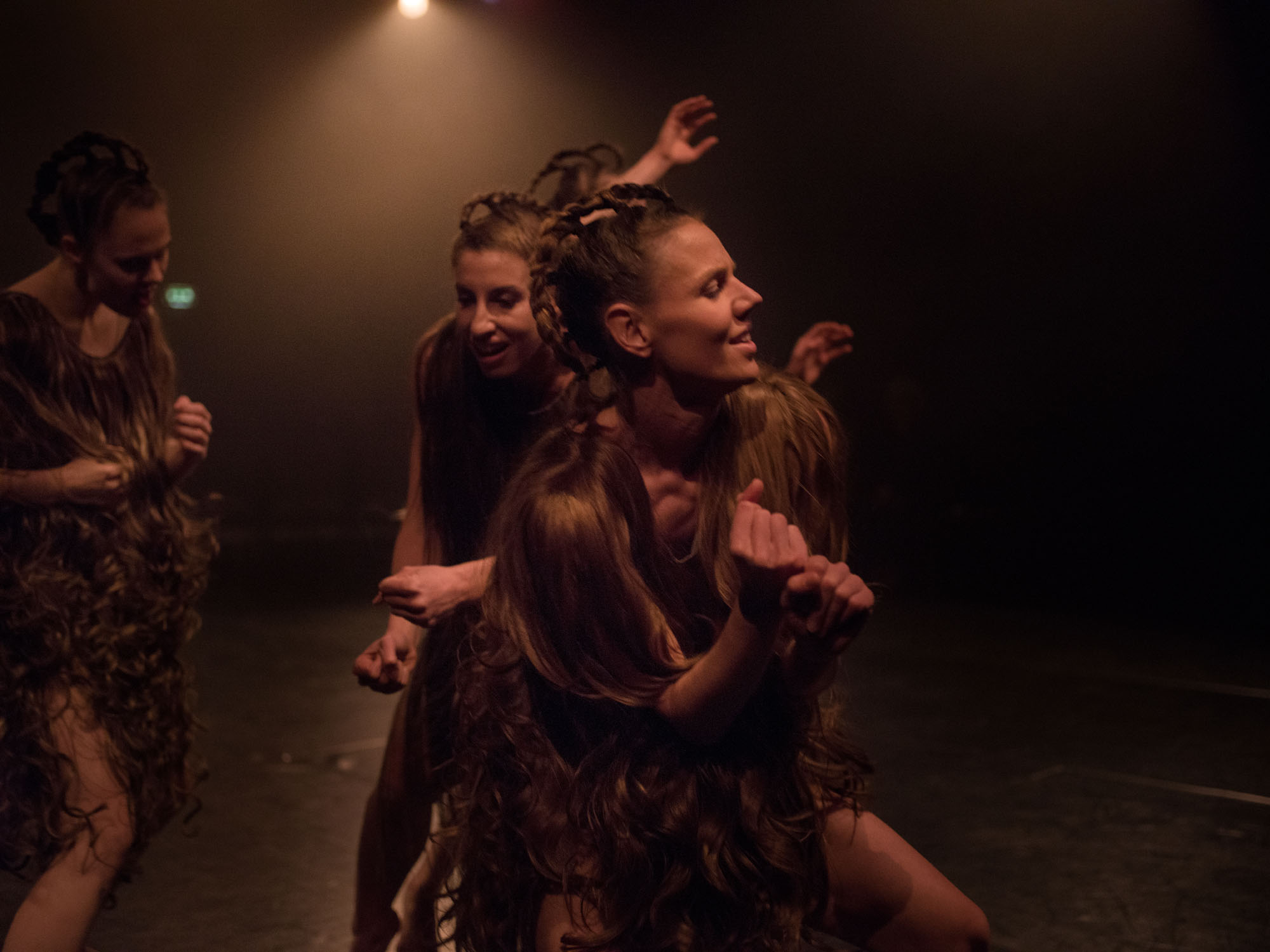 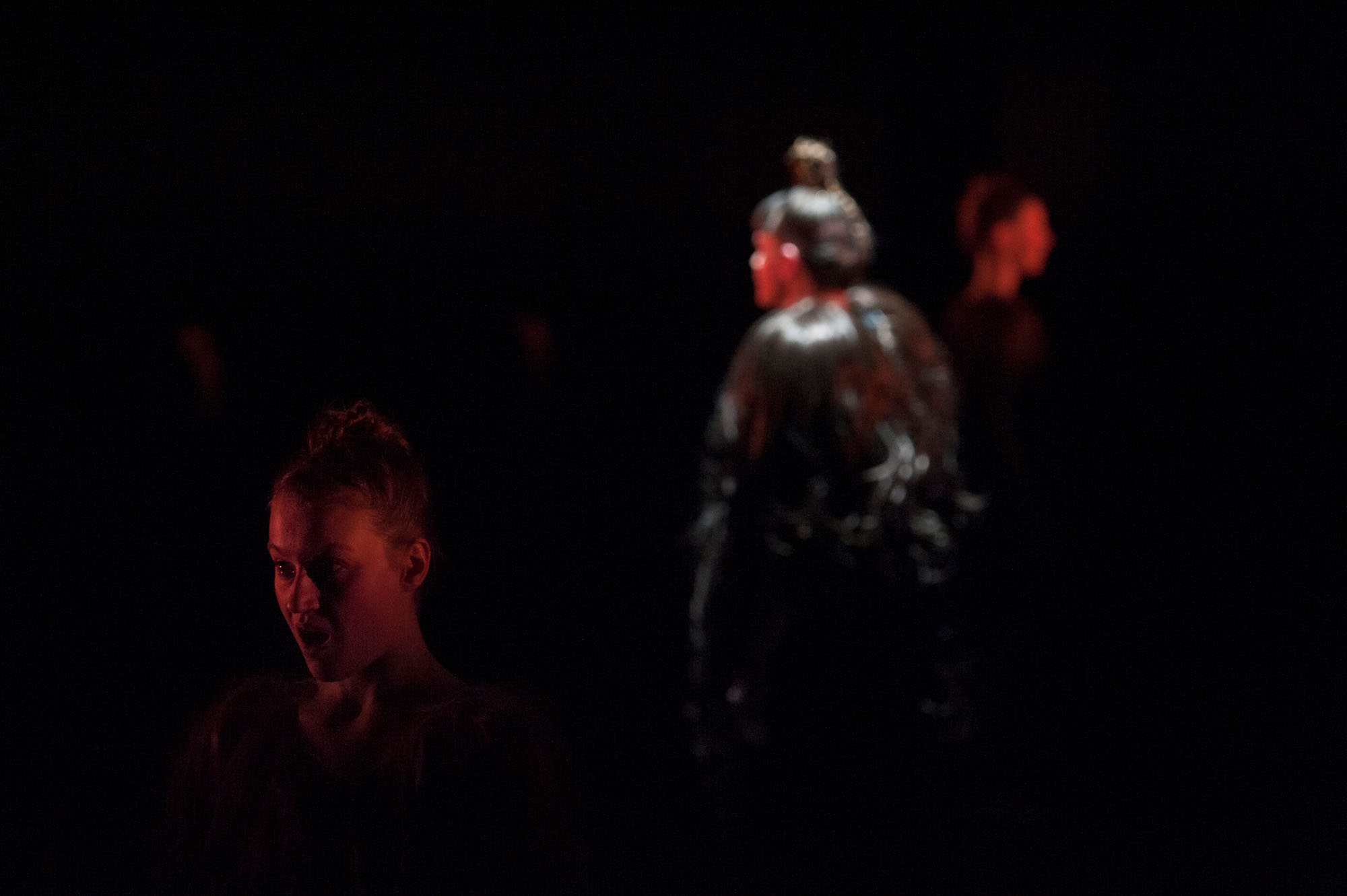 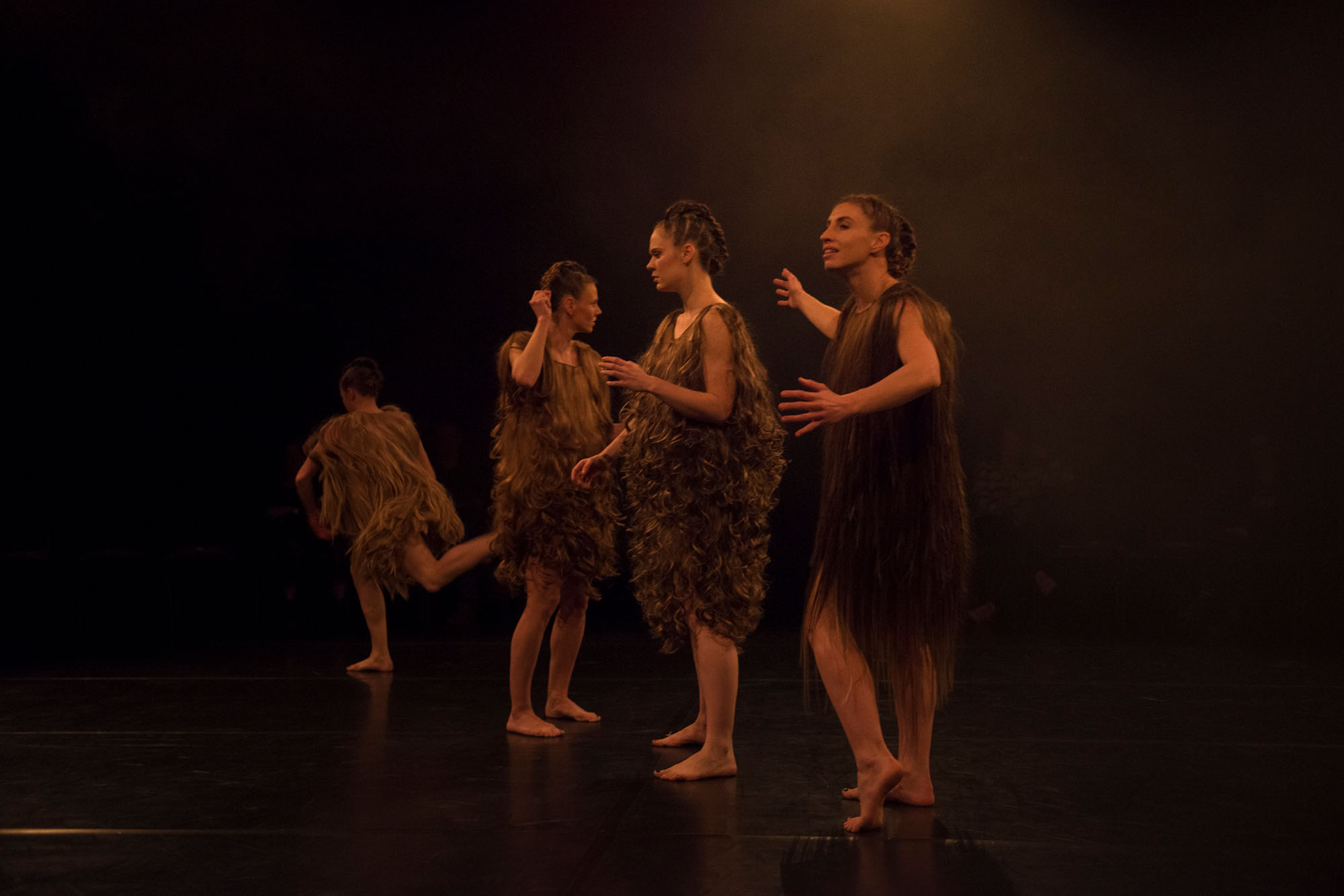 EAT THE FLOOR! – A CONTEMPORARY CEREMONY

PLAN MEE creates its own ceremony. EAT THE FLOOR – a contemporary ceremony is a solemn act, which is searching for the bottomless, the void, the free fall. The ceremony re-enacts the drama of life, just as theatre does. Pleasure and severity, fiction and reality occur so closely entwined that they can hardly be held apart.